Agriculture: The driving sector of our economy 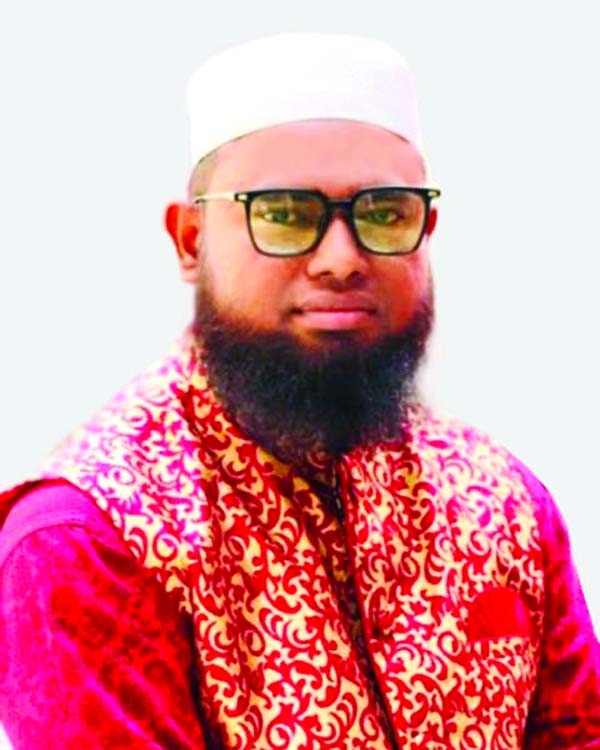 Wares Ai Khan :
Agriculture has become one of the most driving sectors in the national economy. By now nearly one-fifth of the country's GDP is derived from the agricultural sector that has been the optimal source of employment for a large number of the citizenry.
The contribution of the agriculture sector to the macro-economy of the country such as poverty alleviation, employment creation, and food security is surely undeniable. But due to some imprudent actions, the backbone of our country - agriculture - is facing many hard-fought challenges. Because of a catastrophe in agricultural production, the socio-economic perspective of the country might remain in multiple quandaries. To ensure the adequacy of food supply for the growing population, improvement in the quality of life, and creation of employment, a greater degree of attention has to pay to the country's agriculture.
Paddy is being cultivated enormously for meeting the demand for carbohydrates of the huge population. The cultivation of other crops - pulses, oilseeds, vegetables, seasonal fruits, and roots are not being increased as expected in proportion to rice in a bid to ply total food security. The most substantial feature of the agriculture-centered economy in the ancient, medieval, and British periods was the predominance of grain production as a sub-sector. Although paddy and jute are the main crops of Bangladesh, wheat, tea, sugarcane, potato, and various types of vegetables are produced here in significant quantities. The other three sub-sectors of agriculture -livestock, fisheries, and forests, are relatively being treated insignificantly. This is why the aforementioned sub-sectors alongside crop varieties must be scaled up in terms of production output.
Apart from that, our peasant communities, on the whole, cultivate in the traditional method. Many of whom are still solely dependent on plows, ladders, buffalos, cows, etc. for soil processing and crops cultivation. However, a significant number of farmers are now applying assorted and modern agricultural technologies. Hence, introducing biotechnology, utilizing hybridization, applying mechanical and chemical technologies had better exert in this sector on a large scale.
Fertilizers and pesticides were introduced in the country in the early 70s to increase crop production and protect crops from the attacks of pests and insects. But due to the increment in crop cultivation, the use of excessive fertilizers and pesticides is in a highly increasing trend. Arbitrary use of pesticides in croplands, mixing of various harmful chemicals in grains, vegetation, fruits, and fish are causing various types of cancer in the human body. The quality of soil for crop cultivation depends on the water, air, and variant organic matters present in the soil. All these depend on the group of microorganisms living under the ground. Due to the irrational and surplus use of chemical fertilizers, pesticides, and herbicides, these organisms are gradually being extinct. This is why not only the helpful microorganisms or soil quality but also the environment is being destroyed slowly but surely. Consequently, crop production is declining and soil fertility is reducing steadily.
Organic manure is the lifeblood of the soil. The soil might be barren and less productive due to the absence of necessary organic substances. The ideal organic nutrient for soil is cow dung. But in many parts of the country, this helpful dung manure is being used for catering fuel in the kitchen instead of being applied in crop cultivation. In many developed countries, the use of organic fertilizers on land is mandatory for the preservation of organic particles in the soil. Surprisingly, we are moving in the opposite direction. So, using organic fertilizers in the cropland might be introduced mandatorily under the supervision of the concerned agriculture department.
Good quality arable lands near many industrial areas of the country are in a serious threat of losing fertility because of harmful substances and particles. The untreated industrial waste is being mixed in rivers, canals, and beels. Water from those water bodies orreservoirs is being used in the cultivable lands.Â Â Â  Â
The produced crops should be properly sifted, cleaned, dried, sorted, and brought to moderate humidity to preserve the crops in the desired process. Crop grading is necessary to attract buyers and determine higher market value. Emphasis should be given to integrated crop management systems to promote an environment-friendly agricultural modality. The entire world follows the trend of the free market economy.
Â To deal with the competition in the international agro-market, it is imperative to take initiatives for proper and modern processing methods of agro-products. Side by side, unnecessary expenditures need to reduce by identifying the areas of cost of production and marketing of agricultural products.Â

This will help to ensure a fair price of the grown products for the peasants and the consumers will be able to buy goods at a relatively low price that will sustain a win-win situation. Therefore, fixing the price of food within the purchasing capacity should be an inevitable concern of the respective quarters.
The cost of agricultural production is increasing day by day due to scarcity of groundwater, change of seasons and global climate, and severe natural phenomena like - drought and flood. There are also some passive grounds for the price escalation like market monopoly, instability, and price syndicate. Irregularities in government subsidies, absence of digital disbursement system of fertilizer, not to sell fertilizers at government-fixed prices, asking bribes and extra money from hardworking farmers, andhigh interest in agricultural loans - these unsought issues must be resolved for the sake of agriculture and deprived farmers.
In conclusion, getting reasonable prices of the grown food products for the peasantry, rendering basic agro-training to educate farmers, and serving with agro-equipment for them, breaking up market monopoly and price syndicate, stopping the interference of middlemen are influential reasons to augment food production sufficiency and thrive our agriculture sector. At the same time, providing long-term monetary incentives, cash support and stimulus packages along with timely disbursement of agro-loans will genuinely matter in gross food production in a significant manner.
Â Â  Â (Mr. Khan is an academic).