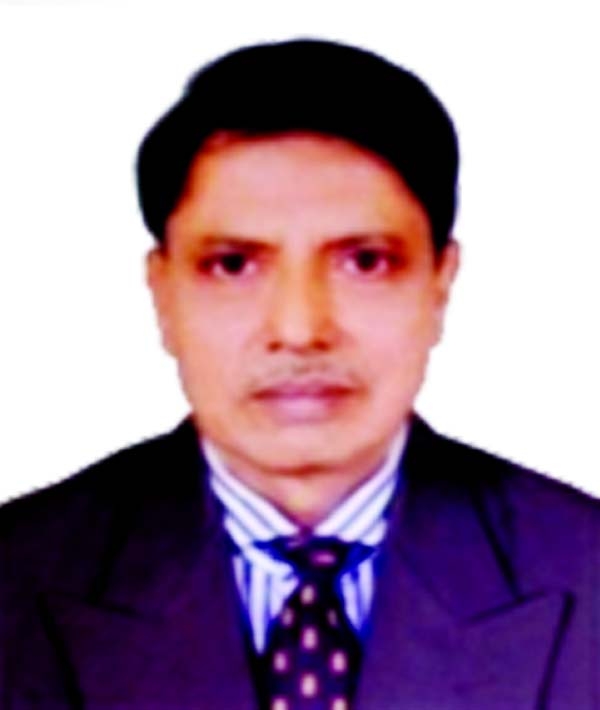 Dr. Forqan Uddin Ahmed :
Bangladesh as a promising nation and its people are very much positive and enthusiastic regarding the SDGs. Prime Minister of Bangladesh has already demonstrated her commitments towards the SDGs. She has established an Inter-Ministerial Committee on SDGs Implementation. The Committee comprising Secretaries from 20 Ministries/ Divisions coordinates SDGs monitoring and implementation. The Principal Coordinator (SDGs Affairs), a newly created high level position in the Prime Minister's office, heads the Committee. GED is the secretariat for the committee to coordinate implementation at the policy level along with monitoring and reporting SDGs status. Commitment and enthusiasm of the Prime Minster has been also reflected in the policy level. One of major important development policies of Bangladesh is its Five Year Plan (FYP), all the 17 goals of SDGs are already integrated into the running 7th FYP. Among the 17 goals, 14 goals are thematically fully aligned. The rest 3 goals that is goal 14, goal 16 and goal 17 of the SDGs are partially aligned with the 7FYP. It is rationally expected that, achievement of the FYP objectives and targets will contribute towards achievement of SDGs. Bangladesh's achievement in implementing the 7th FYP will be rewarding internationally for fulfilling the global commitments. The 7FYP has made a reflection on the core goal of SDGs especially in ending poverty in all its form. Bangladesh has achieved remarkable success in reducing the poverty in last few decades. Nevertheless, about a quarter of the population of 160 million is still living below the poverty line, hence setting that target is a necessary condition for containing poverty with delineating 7.4% expected annual growth rate that was suggested by SDG 8.1.
Climate change will become a major threat to Bangladesh's aspirations to ensure food security, poverty alleviation and sustainable development. Bangladesh largely comprises low and flat land, except for the hilly regions in the north-east and southeast, and highlands in the north and north-west. About 70% of the country is one meter or less above mean sea level; floodplains occupy almost 80% of the country.

Most critical for implementation are awareness of climate impacts, understanding the measures required and limitations of available resources. Implementation of integrated coastal policy is limited. Actions are mostly driven by events such as cyclones and storm surges and based on historical knowledge rather than assessments of future risks. In the last two decades, considerable efforts were made to adopt and implement the ICZM approach initially from the top down. There is a record of accomplishment of historic milestones in ICZM institutional development. Success stories include the polderisation of a substantial part of the coastal area, a massive plantation of forest and mangroves in coastal regions (including Sundarbans), building cyclone shelters (elevated structures of which more than 2500 were realised up to 2004) and the implementation of a low cost cyclone warning system, and producing a comprehensive ICZM knowledge base. In the mean time emphasis was successfully placed on building cooperation between and among the many national and local institutions, stakeholders, and communities to prepare coastal measures. On the downside, a large number of policy and strategy directives have remained unimplemented, due to organisational and institutional difficulties. National focus and coordination could be strengthened.
The 5th Assessment Report of Intergovernmental Panel on Climate Change (IPCC-AR5) has predicted that sea-level rise threatens coastal and deltaic rice production areas in Asia, such as those in Bangladesh and the Mekong River Delta. By 2050, Bangladesh will face incremental cost to flood protection of US$ 2.6 billion initial costs and US$ 54 million annual recurring costs (Planning Commission, Bangladesh). Therefore it is evident that, climate change will be a serious threat to Bangladesh in achieving the SDGs. Achievement of SDGs requires revolutionary changes in policymaking and practices. Part of required transformations includes governance systems based on accountability and inclusiveness, accessible health insurance and social protection across the globe, robust digital infrastructure, and adaptive institutions having resilience to upcoming shocks. The transition of energy and infrastructure based on environmental sustainability and low-carbon emission drives all these factors. In the Asia-Pacific region, several countries have started devising ambitious strategies to ensure inclusive development approaches and green recovery.
COVID-19 has hit Asia first leaving catastrophic impacts on the continent's economies and social structures. Asia's efforts to deal with the pandemic have further revealed the size of its population hanging by a thread amid hunger and poverty with little to no access to fundamental services. In the Asia Pacific region, 90 to 400 million people are likely to return to a state of poverty with a daily earning less than US$ 3.20. According to Asian Development Bank (ADB), the region alone has seen an estimated US$1.7 to US$2.5 trillion in loss of economic costs and human lives. Bold actions are being taken by many countries to minimize these losses. With the shift of attention from COVID-19's effects on human health and life to the focus on its socio-economic impacts, societies and governments of countries face unexampled fiscal, regulatory, and policy choices. As part of the SDGs, the global commitment to zero poverty and sustainable development by 2030 can work as a guide to hope in these times of distress. The pandemic increased poverty in many countries but the social safety net programs rather made vibrant the Bangladeshi economy through money circulation creating market demand."
The UN-sponsored Sustainable Development Solutions Network (SDSN) has conferred Prime Minister Sheikh Hasina with the "SDG Progress Award" for Bangladesh's steady course in responding to the universal call to action to end poverty, protect the planet and ensure peace and prosperity for all. The honorable Prime Minister accepted the award saying she is dedicating it to the people of Bangladesh," The award is a significant international acknowledgment of the country's success in spearheading the Sustainable Development Goals (SDGs) after achievements in the fields of Millennium Development Goals (MDGs). Led by prominent economist and development strategist Professor Jeffrey D. Sachs, SDSN was set up in 2012 under the auspices of the UN Secretary-General. The platform aims to mobilize global scientific and technological expertise to promote practical solutions for sustainable development and gauge the country-specific competitiveness in development performances.
According to UN Sustainable Development Goals Report, COVID-19 which is now a global pandemic can potentially affect most Sustainable Development Goals (SDGs) severely having impacts specifically on no poverty- SDG1, zero hunger- SDG2, healthy lives and well-being of people of all ages- SDG3 and decent employment and economic growth- SDG8. Initiatives need to be taken by the government in the spirit of certain SDG principles such as inclusiveness and the fundamental promise "no one left behind".Â  Due to the relentless efforts of the government to facilitate economic growth and infrastructural development, the extraordinary economic success of the country has been possible. It is clear to the naked eye that the country's stable economic growth, vibrant industries, garment sector, and manpower exports have brought about a huge change in our social and economic factors. This has been possible due to the favorable policy of the government and the hard work of the people. The economy is growing, GDP is growing steadily, and so is our per capita income.
Prime Minister Sheikh Hasina recently mentioned that economic activities must be carried out in compliance with the health norms. The golden Bengal of the dream of Father of the Nation Bangabandhu Sheikh Mujibur Rahman must be built. She also mentioned the establishment of a golden Bengal free from hunger, poverty, illiteracy, and secularism. Praising Bangladesh's socio-economic progress, she said, "Despite the COVID-19 pandemic, we have been able to grow our GDP by 5.24 percent." While many developed and developing countries are struggling with negative conditions due to the COVID-19 pandemic. She said foreign exchange reserves have exceeded 48 billion and the country's remittance inflows, agricultural production, and exports have changed. In fine, we can say that we are in a in a road to achiving SDGs. Threats and challenges of cilimate change can not stop us, rather the challenges will boost up our moral and hance the advancement will continue.