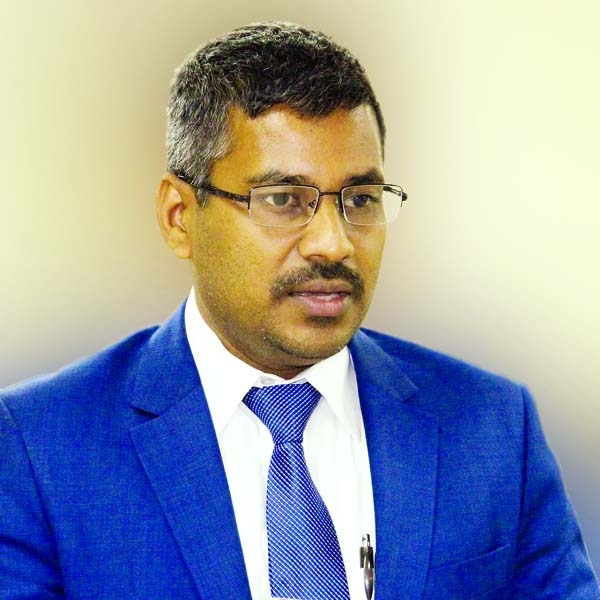 Dr. Ahmad Kamruzzaman Majumder :
Industrialisation is one of the major elements of the structure of changing the society. The society has gradually become dependent on industrial production from agricultural production. Sometimes Industrialisation is also considered as the key to development. At the center of this change is the use of technology and machinery in the production system. Industrialisation brings a touch of technology to society; as a result, change can be noticed in every aspect of society. Industrialisation has brought about far-reaching changes in people's livelihoods. Although industrialisation was invented as a part of the socio-economic process, the term environmental is now closely associated with the term industrialisation, where the industrialization is taking place, the environment is being harmed. Developing countries like Bangladesh are not lagging in this industrialisation. The manufacturing sector of the industry is expanding to meet the upward demand of the growing population. Various types of industrial factories are being set up in different parts of Bangladesh. Notable industries are tanneries and garments. On the other hand, due to the development of the architectural industry, various types of construction materials have to be supplied for new installations. Brick and cement are one of the major building materials. Every industry is polluting the soil, water, air, rivers, and groundwater in different ways. Various studies by the Center for Atmospheric Pollution (CAPS) have found that more than 50 per cent of total air pollution, about 60 per cent of river pollution, and about 30 per cent of noise pollution are caused by different industries and factories.
Environmental Pollution from the Tannery Industry
As Bangladesh is a Muslim-majority country, a large number of cows and goats are sacrificed during the holy Eid-ul-Azha. In addition, animal meat is bought and sold throughout the year, as a result of which the process of production and supply of leather in the country is constantly increasing. The leather sector started its journey as a business in the forties, when businessman Ranada Prasad Saha (RP Saha) was the first to set up a tannery near Narayanganj. Later, in October 1951, the tannery industry was established on the initiative of the then government at Hazaribagh, after that the leather industry in Bangladesh gained a lot of foreign exchange in the post-independence period. In the late 1990s, the production of processed leather as well as shoes, travel bags, belts, or wallets, and other leather goods led to a diversification of export products in the leather sector which played an important role in earning foreign exchange. The leather industry of Bangladesh is considered as a big export product but if we think about the leather industry and environmental problems, the environment is being polluted due to the lack of ecological system in leather processing and production of products in the country. Liquid waste from industry is contaminating its surrounding reservoirs and groundwater. In addition, unplanned open dumping stations dump tannery waste and pollute the area around the industrial city. From 1990-2017, about 90 per cent of the leather industry was in the densely populated Hazaribagh area of Dhaka. Leather factories have been poisoning the soil, water, and air of Hazaribagh for years. Not only that, the liquid waste from the leather industry has polluted the water of the River Buriganga. It begins to be implemented. At present, the Central Waste Treatment Plant (CETP) of the leather industry city of Savar has started production of 125 tanneries without full operation. There are 205 plots and 155 tanneries in Savar leather city.
One of the two main causes of tannery-based pollution is to have no solid waste disposal system and the second is to use excessive water for processing rawhides. Different types of liquid and solid waste contaminate different elements of the environment in a few steps of leather processing. In this case, the liquid waste discharged during the wetting process contains a large amount of sodium chloride, dissolved protein, organic matter, dust, dirt and dung, which creates a foul odor, resulting in air pollution. In addition, the sodium chloride and chemicals present in the waste cause soil and water pollution. The waste emitted in the liming process contains alkali, sulfide, calcium carbonate, proteins that mix with the water and contaminate the water. Again, from the process of diluting and tanning process, the liquid waste mixed with ammonium and chromium dissolves in water and soil. Pigments, oils, greases are made to dye various leather products. Later, these liquid wastes get mixed in the surrounding reservoirs or rivers and contaminate the river water. At different times this fluid mixes with groundwater and changes its quality.Â  Â Â Â Â