The New Nation, The New Epoch 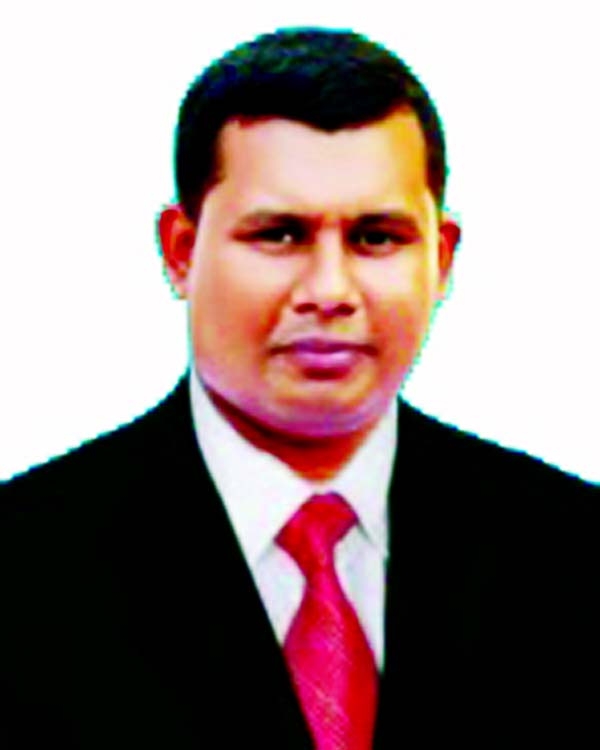 Badrul Huda Sohel :
"A good newspaper is a nation talking to itself". That the 20th century American playwright Arthur Miller conveys - the profound meaning of the previous words has matched with the nature and purpose of today's widely circulated daily, The New Nation. The media cannot represent any individual, group or political party. The media is a reflection of the aspirations of the whole masses which is accountable to the nation. The New Nation, one of the foremost English dailies in the country, has been working for more than four decades, capitalizing on transparency, credibility, impartiality, cherishing the great vow of responsibility in its chest. This year marks the 42nd anniversary of this English daily, The New Nation.
After functioning 3 years as a weekly, The New Nation became a daily on 15 October 1981. Needless to say, it was the only independent English daily published from Dhaka at that time. Apart from The New Nation, there were two more English dailies under the then Newspaper Management Board. But The New Nation was regarded as a mirror of mass opinion and hope. Because in this paper, legendary personalities like Hasan Syed, Mahbubul Alam, ABM Musa, Fazle Rashid, Moazzem Hossain and Amanullah Kabir have served. When the country became free from the shackles of subjugation, The New Nation played an outstanding role as an English daily to consolidate and organize the country and the nation. The New Nation has always been vocal crossing the country's borders and introduced the country in broader sense as a newly born independent nation in the international arena. And by nurturing its principles and ideals, today's The Nation has gained a reputation as one of the national English dailies in the country. Tofazzal Hossain Manik Mia, the icon of journalism, raised a storm of protest against the exploitation, oppression and torture of the West Pakistani ruling community through his pen power before the Liberation War. Manik Mia has fought against subjugation all his life through writing to protect the hopes, aspirations and rights of freedom-loving people, and that is why his journalistic life has never been smooth and even. He was uncompromising in journalism on the question of patriotism and emancipation of the masses in spite of facing various obstacles. He was imprisoned on several grounds for violating The Martial Law imposed by Ayub Khan.Â  Not only was he arrested for stimulating the masses in the Six-Point Movement and for playing an important role in the event, his publishing house New Nation Printing Press was also confiscated.
Manik Mia, an epitome of fair and fearless journalism, believed in a non-partisan and exploitation-free society. In his newspaper, Manik Mia has conveyed the message of the struggle and sacrifice of Bangabandhu Sheikh Mujibur Rahman of liberating the people of Bengal from the clutches of the Pakistani ruling class. Manik Mia, therefore, had always been a source of trust and confidence in Bangabandhu.
In the twenty-first century since independence, The New Nation has gained the trust of millions of people in home and abroad through its uninterrupted, transparent, impartial and pragmatic news coverage. In the crowd of hundreds of newspapers, The New Nation is an adventurous envoy of solid truth. The paper has never shied away from conveying accurate information, avoiding subordination and external interference.
At the beginning of the Covid-19 pandemic, many people across the country stopped keeping newspapers for fear of spreading the virus from them. Moreover, offices, courts and educational institutions were closed.Â  But New Nation did not stop publishing for a single day, despite all the adversities, even though a number of papers had limited or suspended their publication during the Covid-19 pandemic. The New Nation has always prioritised the news of happiness and sorrows of the common people including the reports on health awareness related issues during pandemic crises. The newspaper reaches people's homes every day with news of literature, culture, politics, economy, livelihood and the latest conditions of the country. In such a situation during the Covid-19 crisis, the real identity of professionalism shown by the newspaper authorities without giving precedence to any business aspect is undoubtedly commendable.
Newspapers have always played a pivotal role in improving the quality of life and livelihood in our society. After the partition, from the Language Movement to the Liberation War, Manik Mia's contribution is undeniable due to his journalistic writings. At present, the English daily The New Nation, under the patronage of his worthy successor, Barrister Mainul Hosein, is still working to maintain the heredity.
If the newspaper is the conscience of a nation, then the journalists are the embodiment of that conscience. As part of their moral and social responsibility, it is the job of journalists to reflect the culture, tastes and values of a country in the newspapers. They can do yeoman's service of inspiring patriotism through honesty, integrity and devotion. The prime objective of a newspaper is to find a way to liberate people from the pressure on loyalty to money, power or muscle strength towards loyalty to state. The New Nation has been a testament to its professionalism for more than four decades, beginning in the early 1980s. We firmly believe that in the days to come, The New Nation will continue to fulfill the aspirations of the nation by being generously and sincerely dedicated to the welfare of the country and the people. Congratulations and best wishes to this age-old English daily which has come a long way in 2021 on its 42nd anniversary.