Understanding Drivers of Conflict and Violence: The Case of Bangladeshi Youths 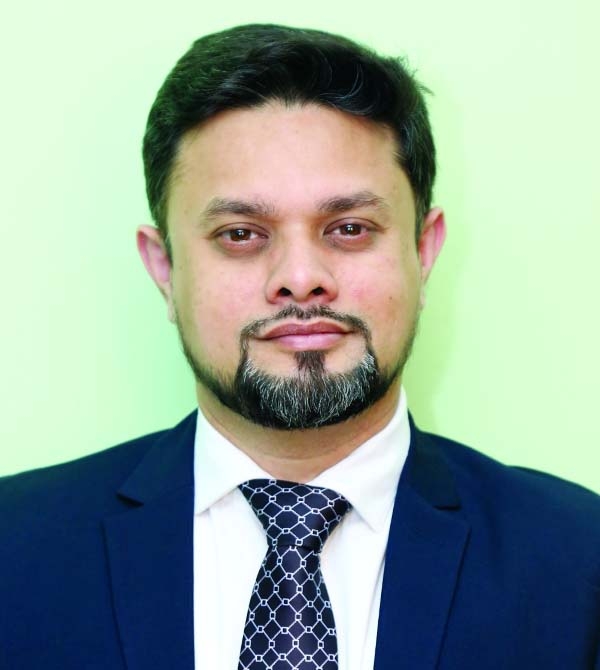 Dr. Saber Ahmed Chowdhury :
The indomitable power of the youth is essential for social change. The world is witnessing an overwhelming participation of the youth in diverse development activities. But simultaneously a portion from the youth is losing their reliance over the state and taking resort to alternative ways that eventually leading them towards conflict and violence. In the contemporary global context, young people's involvement in conflict and violence is a threatening issue for human security in any country. Therefore, academics have tried to figure the diverse factors that drive the young people in conflict and violence. Most of the research identified the economic hardship, inequality, weak forms of democracy, marginalisation of various groups, and environmental shock as major contributors in this regard.
Study reports show that such violent incidents have region-wise differences. In the case of South Asia, a large number of young people suffer from high levels of illiteracy, unemployment and an exploitative and opportunistic political condition. The condition of the youth in Bangladesh, being a country of South Asia is no different. Although there is no larger scale conflict in the country at present, various elements of violence are being found in the daily activities of the youth. Ethnic tensions occasionally take violent turn in the areas that are demographically diverse. Cconflict and clashes between the rival social and political groups are part of our daily experience. The rise of organised religious extremism has further made the situation more complicated. Even, the women and children of Bangladesh are falling victim to diverse sexual and gender-based violence. Recently, the country has experienced women's engagement as perpetrators of violence in terrorist acts.
Although Bangladesh has made significant economic progress in recent years, socio-economic realities rather makes the growth questionable. The slow pace of poverty alleviation over the past few years has exacerbated the crisis. The disparity between the rich and the poor in the last few years has heightened the concern. Moreover the sustainability of growth is intimated due to the reliance on unskilled labour, dominance of few sectors in GDP, and the scarcity of renewable energy sources. Unemployment and poverty have created a vicious cycle by reinforcing each other in Bangladesh. In comparison to the number of young people entering the labor market each year, the number of jobs produced each year is minimal. On the other hand, in comparison to demand the training programmes offered by both public and commercial sectors are inadequate.Â Â Â
The government has failed to develop a curriculum for education and training of the youth that is appropriate for the labour market of home and abroad. This curriculum does not reflect the skill demands of the Fourth Industrial Revolution. As a result, day by day, the number of educated unemployed is increasing than the uneducated unemployed. The absence of a favourable investment infrastructure deters private investment and foreign direct investment. In most of the cases, these jobless teenagers are frustrated at various times and are involved in various forms of terrorism and extremism. Such vulnerable situation of the youths is associating the extremist groups to allure towards them.
Moreover, Bangladesh is one of the most vulnerable countries to the potential threats of climate change. Every year, millions of people are internally displaced as a result of this environmental disaster. Youths and adolescents are the most affected groups in this situation because of this internal displacement. They lose their support from family as well as society. Displacement often causes economic misery to the families. Facing the hardship of poverty, the families can hardly support their young members to continue study. Many of the youths migrate to urban slums, which generate social marginalisation in migrated people and tension in slum dwellers. The supply of labour increases the competition over livelihood options. Such competitions, sometimes, turns to be fierce and breeds violence.
The country has almost traditionalised a limited scope of citizen's participation in political system since the independence. Long period of military rule and and excessive controlÂ  exercised democratic regimes have kept the extent of political participation to a minimum level in Bangladesh. Governments frequently use law enforcing agencies to subjugate their opponents at various times. This condition is further limiting the participation of young people in politics. Despite the fact, the National Youth Policy of 2003 emphasises youth engagement in several domains but the reality is quite different. In fact, the policy makers hardly consult the young people in the process of making policies related to their interest. Even, systematic opportunity of youth participation in various academic institutions (e.g., student unions in different public universities) is dysfunctional. Â Â Â

Bangladesh, which was traditionally recognised as a country of inter-communal and inter-religious harmony, has now witnessed a few cases of religious intolerance. Few incidents over the years on the minority faith and sect are hinting the rise of religious fundamentalism. The reasons behind the rise of religious fundamentalism in Bangladesh include political institutionalisation of religion, religious hatred across different faith groups and the influence of contemporary global wave. The military rulers used religion as a tool to attaining popular support. Some religious groups have also utilised youths as a weapon against their opponents. The current wave of worldwide terrorism has also encouraged the youths to involve in religious extremism.
Most of the ethnic people in Bangladesh are socio-economically and politically marginalised. Denial of indigenous identity, low representation in elected bodies, poverty and illiteracy are key aspects of this marginalisation. The historical context of denial of identity in Chattogram Hill Tracts makes multi-faceted marginalisation. Parbatya Chattogram Jana Samhati Samiti was formed to protest against the identity marginalisation of these ethnic people. Ethnic minorities in the plains are also being subjected to various forms of socio-economic marginalisation and violence. They have lost their traditional livelihood and are involved in various protests.
Patriarchy is a feature of Bangladeshi society that can be found in many parts of the country. As a result, the youths are experiencing masculinity's dominance and subordination of femininity as the social framework. Family plays the key role in this process by reinforcing patriarchal descent. Such patriarchal values encourage violence against women. Young men establish their dominance in decision making over the female members of the family. Female members in this power relation of male dominance often experience different forms of violence. Young women of Bangladesh also make acquaintance with violence and harassment by men in different settings of public domain. Employed women often report about sexual harassment and exploitation by their male colleagues. In some cases, young women get frustrated by the abusive behaviour of their family members and try to find alternative way of engagement outside home. In this way, patriarchal dominance in domestic life becomes an insistent factor of violence in public life. Eventually, young women involve themselves with different extremist groups where they think their roles are valued.
These drivers of conflicts are complex and multifaceted. Young people are, in general, distrustful of social actors and they think that this country has failed to give them equal opportunity. These potential drivers to violence are not working to derail young people in isolation; in fact, a particular group usually more likely to involve in violence when most of these socio-economic and political inequalities work together. These potential pathways to violence need to be contextualised not only locally, but also involved national, regional and international issues.