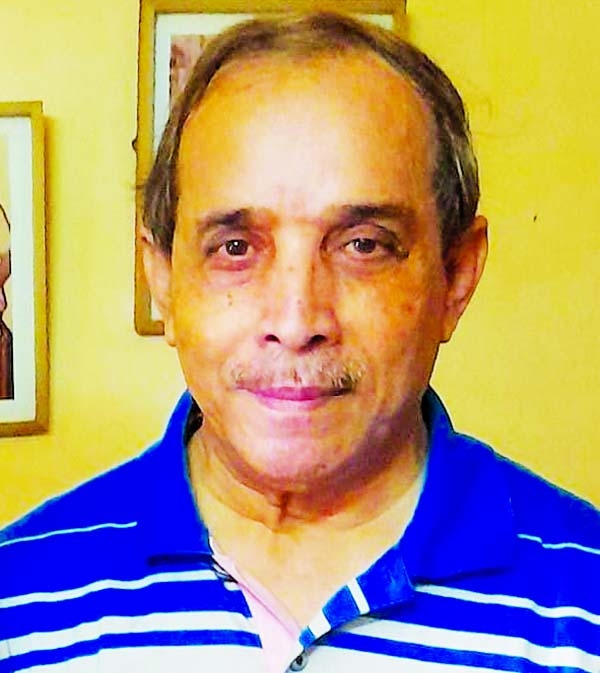 Mostafa Kamal Majumder :
It has become a fashion to generally view free press as antagonistic to the government of the day or the administration. But a close look will reveal that the administration immensely benefits from the services of the free news media, in print and electronic.
The news media give people the first information about what's going on around and a modern man cannot think of life without those because otherwise he remains detached from day-to-day developments at home and abroad.
How life without services of the news media is can be experienced in remote places or dense forests, not covered by those. Former Secretary General of the United Nations Kofi Annan (1997 to 2006) who along with the United Nations was awarded the 2001 Nobel Prize for Peace tried this along with his wife. After ending his last term as UN SG in 2006 the ex-Ghanaian diplomat and his wife decided to lead life away from the hustles and bustles of the society by remaining inside a forest. Narrating their experience he said their dream lasted only a week after which their enthusiasm to remain detached from the taxing cob-web of connected life exhausted and they returned to the society which is sustained by the flow of information at interpersonal, group and mass levels facilitated by the ultra modern information and communication technology (ICT). Kofi Annan shared this at an editors' conference held before the Copenhagen Climate Change Conference of December 2009.
Coming back to services rendered to the society by the news media, a standard daily newspaper or a good television centre or a radio station efficiently serves so much of unbiased and reliable national and international news that surprises many. An eminentÂ  American journalist said the entire administrative network and all the intelligence services of the government taken together cannot compile so much of credible information on a daily basis.
The reports and comments published in the news media are not considered legal documents and do not carry the force of law. Yet some reports and opinion pieces published in the news media are so much important that the government of the day has to come up with immediate response.
A standard news media outlet always strives to be objective in the publication of news and analytical stories due to the sheer need to be credible and remain in circulation. No news media can stay in circulation by publishing biased or unreliable information unless they don't have to rely on reader-support for revenue generation by attracting advertisements.
Yes, the government has its apparatus to gather information about events or occurrences through its administrative network or intelligence agencies. The difference between their reports and those of the news media is that the later do cross-checking of information by talking to multiple sources covering all sides of a story. The difference will be better understood if one keeps in mind the fact that the news media has to sell the story in a competitive

market. Government reports need not pass these tests and need not be published hurriedly to keep the inquisitive readers informed.
In other words, news media organisations present complete and unbiased accounts of all possible news events or processes in a society at a certain deadline and thus turn into mirrors of the society. All government departments, development agencies, local or foreign, rely in clippings of the news media for updated information on relevant subjects. Similarly all human rights organisations all over the world monitor HR situation in different countries relying on clips of newspaper and media reports. The same is the case with international financiers and development agencies. They prepare their reports based on news clips to indicate the periodic trends in respective fields.
Environmental activists' groups and lawyers moving Public Interest Litigation cases with higher courts collect their basic information from the press and the media. The founder of the Bangladesh Environmental Lawyers' Association (BELA), Dr. Mohuiddin Farooque used to acknowledge this without any hesitation. The press and the media are also the vehicles for circulation among the people of news of their PIL cases filed with the High Court.
Â The press and the media keep the administration on track through scrutiny of their activities, check against infringement of human rights and democracy, and by critically reviewing development activities promote economic and social progress.
Â They uphold the people's right to freedom of expression by airing their ideas and views on various issues, things plus reactions to those and help make the society lively and vibrant. The news media also performs an advocacy function to promote social and economic changes for development.
Â Innovations, new ideas and things relating to health and different aspects of life are brought to the notice of the people by the press and the media creating awareness leading to their adoption in the day to day life through supportive exchange of messages at interpersonal and group levels.
Generally speaking, the society takes time to accept new things or ideas because people first want to be sure about their beneficial effects. The press and the media help create positive knowledge and attitude about those among the people. Subsequently their acceptance is ensured through field level activities.

(A senior journalist Mostafa Kamal Majumder is the editor in-charge of The New Nation.)