Moushumi, Purnima want to work if they get good story 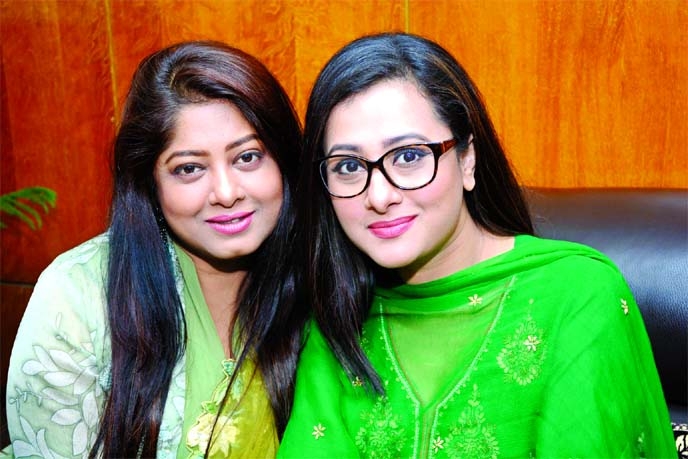 Sheikh Arif Bulbon :
Popular film actresses Moushumi and Purnima worked together for several times in the big screen. Meghla Akash, Bipodjonok, Lal Doriya and Mukhomukhi are their mentionable works together. Though they got
a little scope to work together but viewers always showed their keen interests and love to watch their acted movies. Now both of these two actresses are full-fledged in their careers. Both of them have huge popularity among the viewers. Viewers still want to watch them on the screen. Both Moushumi and Purnima told this correspondent that if they get good story then they want to work in movie.
Now Moushumi is staying in USA. She will return to Bangladesh in December. After return, she will again become busy with her works. On the other hand, Purnima is staying in the country. Purnima acted two movies - Gangchil and Jam are waiting to get release dates. These two movies were directed by Noim Imtiaz Neyamul. Ferdous and Arifin Shuvoo were co-actors of Purnima in these two movies.Â  Moushumi informed that before leaving country, she finished shooting of three movies in mid-October. These three movies are: Zahid Hossainâs Sonar Char, Mirza Sakhawat Hossainâs Bhangon and Asutosh Sujonâs Deshantor. In Sonar Char, Omar Sani, in Bhangon, Fazlur Rahman Babu and Pran Roy, and in Deshantor, Ahmed Rubel were co-actors of Moushumi.
Meanwhile, Purnima is anchoring Desh TVâs special magazine, Purnimar Alo regularly. Many celebrities and celebrity couples including Moushumi-Omar Sani already took part in this magazine show. However, Purnima will be seen to play the role of âBangamataâ in Nazrul Islamâs movie Chironjib Mujib. Before shooting, Prime Minister Sheikh Hasina moderated and edited dialogues of this movie. The film was made based on the famous book Oshomapto Atmojiboni.Â Â Â