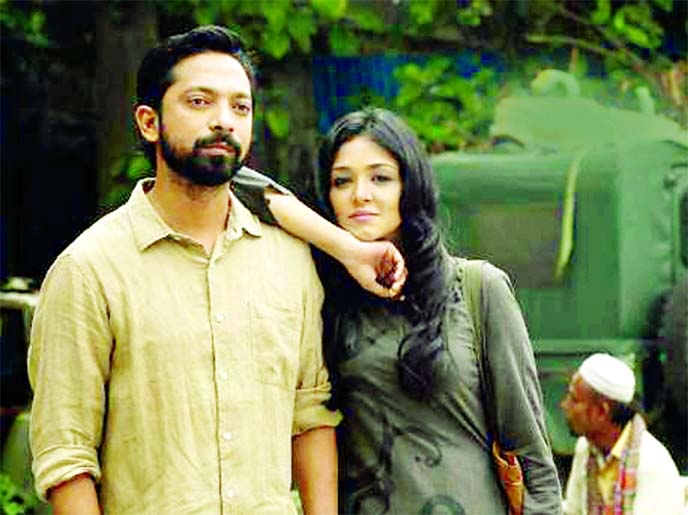 Entertainment Desk :
The Masud Hasan Ujjal directed movie Unoponchash Batash has been released
commercially across 16 theatres, including Regal E-Walk 4DX & RPX in the USA and Canada. The film was premiered in two cinema halls in North America on Friday, director Ujjal informed the matter yesterday. He said, âBeing able to release the film across 16 multiplexes is an achievement indeed. This is probably the first time that a Bangladeshi film is being commercially released on such a broader scale internationally. The film will be released in 3 other theatres in New York, alongside Times Square.âÂ  The cast, Imtiaz Barshon and Sharlin Farzana, has also expressed their excitement over this achievement.
Meanwhile, Saikot Salahuddin, the CEO of Swapno Scarecrow Bangladesh, said, âAfter Unoponchash Batash, we look to distribute many other such big projects in the US and Canada next year.âÂ