Headline
** Such irregularities are to be found in all government offices for the benefit of corruption not only in Titas ** Business leaders allege bribery rampant in govt offices ** Remittance drops by 11pc in Sep ** âDark dayâ for football, says FIFA president ** 174 killed in stampede at Indonesia football match ** Flow of all common rivers must to avert environmental disaster: IFC ** Cooking oil prices may go up again ** Coast Guard intensifies patrol across Teknaf border ** BRT project sorrow of Gazipur-Uttara Road ** Any kind of anarchy wonât be tolerated: RAB DG ** Puja Udjapan Committee emphasis communal harmony ** Govt must help who are struggling to survive but canât meet the high cost of living ** Pagla Mosque gets Tk 3.89cr donations in 110 days ** World Bank announces additional $530m aid for Ukraine ** A manufacturer decorates hurricane lamps at a factory in cityâs Kamrangirchar area on Saturday amid the continuous load-shedding across the country. NN photo ** Businesses fail to take advantage of customs automation ** BCL leader leads a luxurious life at DU hall ** No question of reforming RAB: DG ** High airfare sends migrant workers to deep trouble ** 15-member convening committee of Bangladesh Judicial Service Association formed ** As voice of the people, demand of the press is for peopleâs govt ** Visitors flock to the panoramic beach of sun-rise and sun-set which generally known as the daughter of sea, Kuakata on Friday amid weekly and puja vacation. ** Activists of Somajtantrik Chhatra Front form a human chain in front of the National Press Club on Friday, demanding the removal of Eden Womenâs College Principal. ** Political violence kills 58 till September: ASK ** Case filed against 19 Eden College students **
Breaking News

BSS :
An Additional Metropolitan Magistrate Court in Dhaka on Sunday sent a former president of Dhanmandi thana unit of Bangladesh Chhatra League to jail in a case lodged for assaulting a journalist of IndependentÂ  Television.
Judge Asaduzzaman Noor of the court passed the order as police produced Nazimuddin
Ahammed Babu and pleaded to keep him behind the bars till the end of the probe in the case.
Babu and his associates allegedly assaulted Independent Television senior reporter Rishad Huda on the afternoon of November 20 as the latter was going through the road behind Aziz Super Market on his motorbike and honked the horn to overtake an SUV occupied by Babu and his men.
Irked by the horn, they started abusing Rishad, and as he protested, they started beating him mercilessly.
As the onlookers gathered at the scene and protested, the former BCL leader took the keys of Rishad's bike and fled the scene. They asked Rishad to meet them at Aziz Super Market to take back his bike.
When Rishad went there, Babu and his men assaulted him again, making police rescue him from the place.
Rishad was rushed to Dhaka Medical College Hospital and he later filed the case against Babu, Tanvir, Eusuf Iqbal and 10-12 unnamed persons with Shahbagh Police Station

Remittance drops by 11pc in Sep 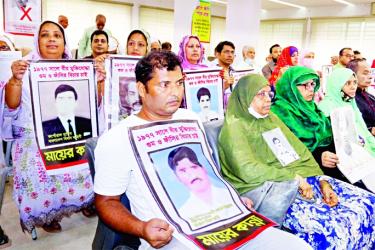 Relatives of disappearance victims with photos stage a rally organised by Mayer Dak at the National Press Club on Sunday. 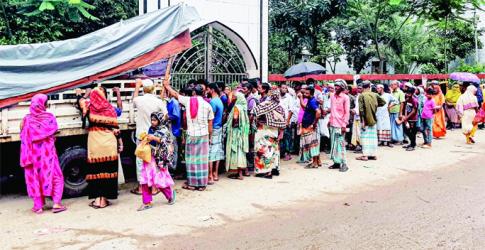 Low-income people stand in a long queue in front of a TCB truck for OMS products in city's Dolairpar area on Sunday amid price hike of commodities. 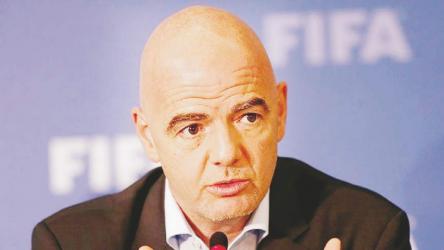