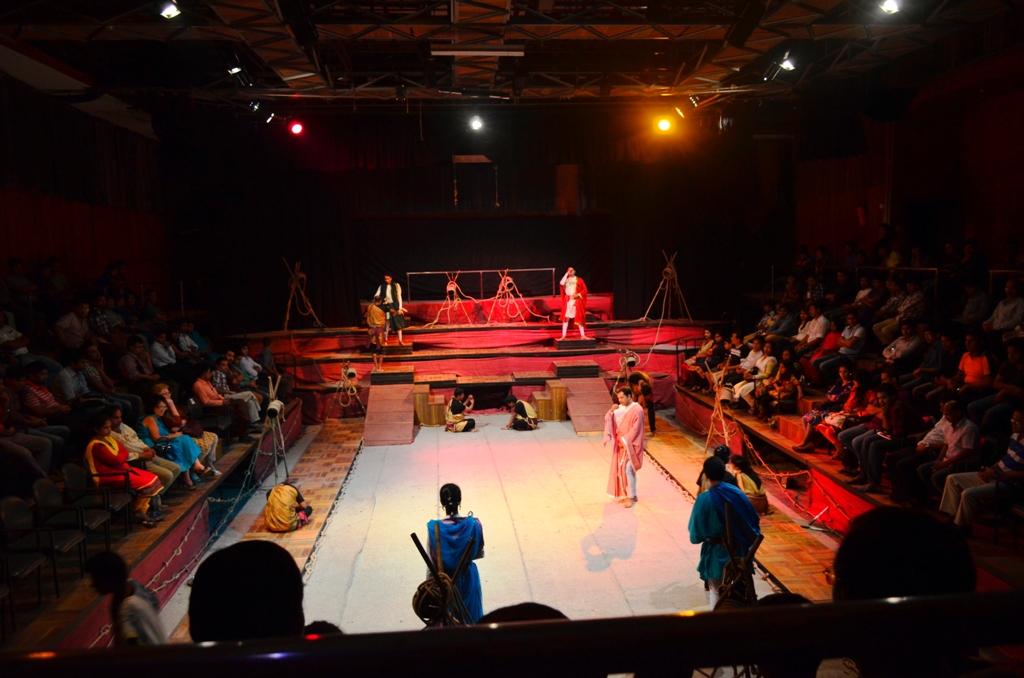 Art & Culture Report :
As its 15th production, theatre troupe Swapnadal staged history-based play Spartacus recently. For the production, the story of the slave hero/legend Spartacus of around 71BC has been revamped to zoom in on the struggle of workers of the country.
Indian playwright Badal Sircar has translated and adapted American novelist Howard Fastâs 1951 novel Spartacus. But in doing the adaptation, Badal has taken liberty to make room to incorporate the continuous fight for freedom that people have waged.
Directed by Zahid Repon Swapnadalâs took on the character and historical event of Spartacus lies in the courage and commitment they (Spartacus and his associates) showed. n