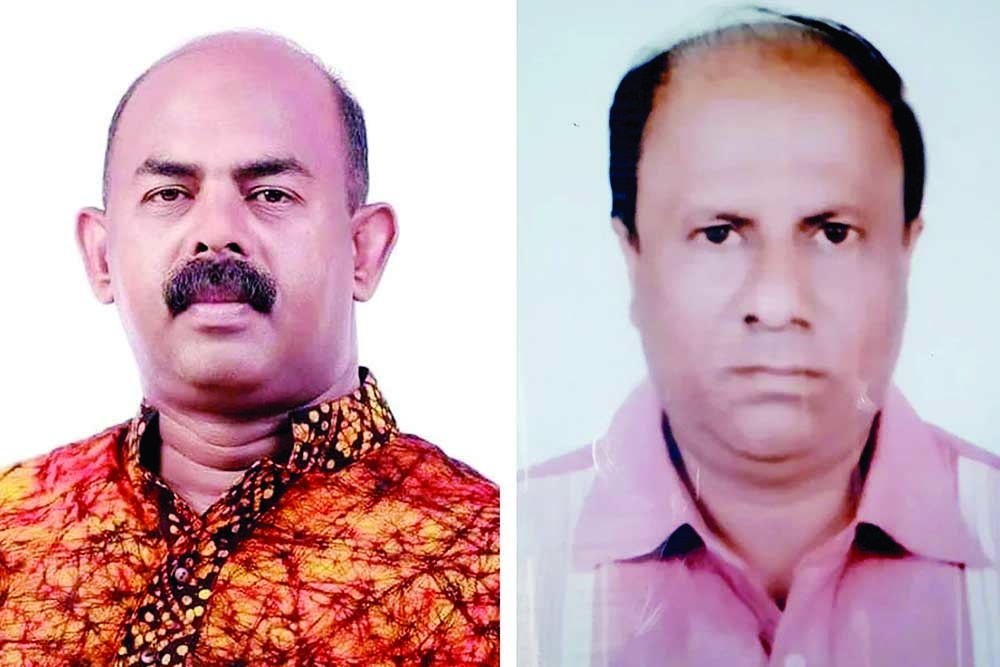 News Desk :
Masked gunmen have shot dead a councillor of Cumilla City Corporation and another man in his office in Pathriapara.
The victims are Syed Md Sohel, the councillor of ward-17 and president of the local unit of the Awami League, and Haripad Saha, president of Sramik League's local committee, said Anwar Hossain, deputy inspector general of police in Chattogram Range, reports bdnews24.com.
The assailants carried out the attack at about 4 pm on Monday, according to Cumilla Superintendent of Police Faruk Ahmed. The victims succumbed to their wounds in Cumilla Medical College Hospital.
Arafanul Haque Rifat, general secretary of Cumilla Metropolitan Awami League, claimed Sohel died after being hit by at least 10 bullets. Two of the councillor's aides were also injured, he said.
Sohel, 52, was a deputy mayor of the city corporation, having worked as a member of Cumilla Metropolitan Awami League and a joint convenor of Cumilla Metropolitan Jubo League, the ruling party's youth unit.
Anwarul Azim, chief of Kotwali police in the city, said they believe the attack stemmed from a dispute over dominance in the area.
The attackers came to Sohel's office on two motorcycles, said Abdullah Al Mahmud Shahid, convenor of Cumilla Metropolitan Jubo League. He claimed several other people were inside the office during the attack.
The authorities deployed additional policemen in Pathuriapara as tension mounted in the area. Shahid visited the area and called for calm among Sohel's supporters.
UNB adds:Â  Two people, including a ward councillor of Comilla City Corporation (CCC), were shot dead and seven others injured as gunmen opened fire on them at Pathuariapara in Comilla city on Monday.
The deceased were identified as Syed Md Sohel, councillor of Ward 17, and one Haripada Saha, 60, a resident of the city's Saha para area.
Comilla Additional Superintendent of Police (Administration and Finance) Abdur Rahim confirmed the matter to Dhaka Tribune.
According to witnesses, a group of armed miscreants swooped on Sohel's office and opened fire on him around 4pm, leaving nine people injured.
The injured were taken to Comilla Medical College and Hospital where doctors declared Sohel and Haripada dead.
Of the injured, the conditions of Awlad Hossain Rizu, 23, Jewell, 40, and Russel, 28, were stated to be critical.
Meanwhile, Mohammad Hanif, nephew of the councillor told UNB that the gunmen carried out the attack over establishing dominance in the area.