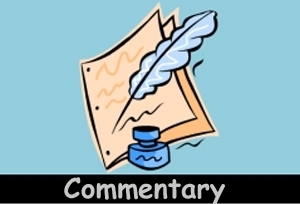 Foreign investors find agribusiness, digital economy and green business as three potential sectors to attract FDI (foreign direct investment). They suggest pro-business policies in high-potential growth-driving areas. A research report on the three future growth drivers of the country in accelerating investment opportunities was released on Sunday at an event organised by the Foreign Investors' Chamber of Commerce and Industry (FICCI) in Dhaka. The report stresses the importance of policy interventions to benefit more from the sectors where the future of the global economy lies. The report underpins a strategic approach by coming out of the traditional and general approach that had worked in the past few decades. It would be difficult if we continue the business-as-usual approach in a more competitive and fast-changing world.

It is learned that foreign investor ask the question if the investment is favourable then why our investors are busy money laundering abroad? There is no answer. Our experts write sensible reports for others knowing fully well that the government have their bureaucratic advisers to work for them. It is so sad other than praising the leader for finding them, they are good enough for sensible discussions. They are incompetent for destroying the government and the country. The sycophantic bureaucrats are the closest ones to the prime minister.

The research report has said that around 68 per cent of the global population is expected to live in cities by 2050 when agricultural production needs to be enhanced by 70 per cent due to increase in population. It suggests taking the opportunity to apply global best practices. About the digital economy, it says technology would dominate the workplace with artificial intelligence and smart assistants being common. While the global green-bond market could be worth over $ 2.3 trillion by 2023, the climate investment opportunities between now and 2030 would stand at $ 23 trillion. Shifting to a greener economy, around 24 million new jobs can be created globally by 2030, it quotes the International Labour Organization (ILO) as saying.

Japanese ambassador Ito Naoki, who spoke at the event, laid emphasis on sustainability and predictability of the policies and regulations to woo overseas investors, while South Korean ambassador Lee Jang-keun suggested using success stories of RMG and Nuclear Power Plant for branding the country. According to UNCTAD, FDI inflows to Bangladesh fell 11 per cent last year. The lack of a proper legal framework to address disputes has always made foreign investors nervous.

If local investors are discouraged by regulatory uncertainty and heavy corruption foreign investors will not be foolish to use their good money to lose. Let the government earn confidence of local investors. They are looting banks and sending own money abroad. IMF has discovered how even the State Bank lied about foreign exchange reserves. Expensive foreign tours have fun but foreign investors know more about our government's performance ability. The foreign tours are not needed for investors to tell how efficient the government is.