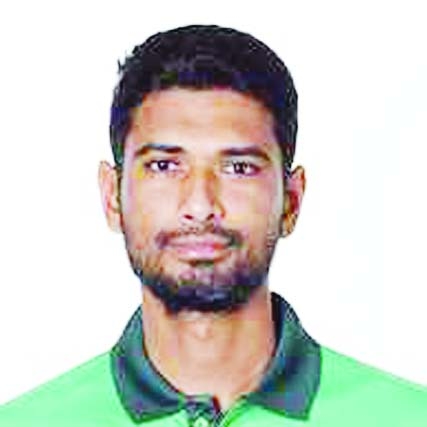 Sports Reporter :
Bangladesh all-rounder Md Mahmudullah has called time on his 12-year career in Test cricket, ending months of speculation
about his future in the longest format.
"Alhamdulillah, it has been a wonderful journey in Test cricket. I would like to thank my family, teammates, coaches & BCB for their support," he tweeted on Wednesday.
The 35-year old played his 50th and last Test at the Harare Sports Club in July, guiding Bangladesh to a 220-run win over Zimbabwe with an unbeaten 150, his fifth hundred in Tests.
Speculation abounded after his teammates gave him a "guard of honour" after the Harare Test, with reports indicating that he had unofficially told them about his decision to retire. But cricketers and officials were mum about it.Â  Â
He recently drew flak for criticising fans amid Bangladesh's poor performance in the T20 format.
The right-hander was adjudged the player of the match in both his debut and final Tests. In all, Mahmudullah scored 2,914 runs at an average of 33.49 and took 43 wickets in Tests.
He has also captained Bangladesh in six Test matches.
"Leaving a format of which I have been a part of for such a long time is not easy. I had always thought of going on a high and I believe this is the right time to end my Test career," Mahmudullah said in a statement, according to Bangladesh Cricket Board.
"I want to extend my gratitude to the BCB President for supporting me when I returned to the Test team. I thank my teammates and the support staff for always encouraging me and believing in my ability. It has been an absolute honour and privilege to play Test cricket for Bangladesh and I will cherish the many memories.
"Although I am retiring from Tests, I will still be playing ODIs and T20 internationals and really looking forward to continue giving my best for my country in white ball cricket."