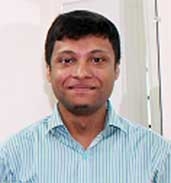 Md. Arafat Rahman :
Authorized and quality information on sexual harassment is rarely available in Bangladesh. However, a survey report conducted by Action Aid - "Women and the City-3: Summary of Preliminary Information on Violence Against Women and Girls in Seven Countries" says that - women who are victims of eve-teasing or sexual harassment are more likely to have experiences like sexually explicit jokes in common place. The experience of women shows that amongst of all the public places, the most violent incidents take place on the streets where women feel most insecure.
The survey was conducted in seven district headquarters. There, 84% of women reported being abusive or sexually explicit, 56% reported being sexually harassed/eve-teasing and 22% reported being sexually assaulted, raped or terrorized. These experiences have been in the last one month or year. Women feels that the lack of security is caused by the lack of street lights, working or traveling at night, and increasing feelings of fear or the widespread spread of images of actual violence. The reasons why women refrain from complaining of sexual harassment or sexual assault are that there is no benefit in making such a complaint, the process of making a complaint is very complicated and annoying, fear of social stigma and fear of further harassment.
In the case of child sexual abuse, children are sexually abused by an adult or older child. In this case, sexual abuse means participating in a child's sexual activity for the purpose of gaining a person's physical satisfaction or commercial gain. This type of sexual abuse includes sexually abusing a child. Telling or pressuring, showing or forcing to show genitals, showing child porn, treating a child like a real sexual partner, touching or viewing a child's genitals or making child pornography and selling child sexual services.
Sexual harassment includes a. Unwanted sexual behavior or body contact b. Attempt to establish any kind of physical relationship or sexual behavior by using professional power c. Unwillingly showing or displaying something sexually suggestive d. Claiming or requesting sexual benefits e. Showing anything obscene or vulgar f. Make sexually suggestive comments, use of vulgar language, deception, humor mixed with sexual elements h. Drawing anything that reveals sexuality through letters, phone conversations, texting, notices, cartoons, chairs, tables, notice boards, walls, factories, classrooms, toilets or bathrooms. i. Taking pictures or videos for the purpose of character assassination j. Prevention of participation in sports, cultural, institutional, educational activities for the purpose of gender identity or sexual harassment k. Offering love or being interested in establishing a relationship and offering pressure or intimidation to return the offer l. Trying to have sex with someone through false hopes, deceit or deception.
The effects of child sexual abuse include shame and self-loathing, depression, anxiety, post-traumatic stress disorder, lack of self-esteem, sexual dysfunction, chronic pain in the reproductive organs, addiction, self-injury, suicidal tendencies, borderline personality disorder, bulimia nervosa and physical injury. The factor for suicide attempts is also child sexual abuse. For a long time, it has had terrible effects, including emotional trauma.
Children who are sexually harassed or abused are at risk of contracting sexually transmitted diseases because they do not have the immunity to those diseases and forced sexual intercourse can cause damage to their mucous membranes. Sexual transmission at an early age can spread diseases such as HIV. Risk is considered because of low knowledge of sex, unethical arts of sexual intercourse, not using condoms, not knowing how to have safe sexual intercourse, frequent sexual intercourse and engaging in sexual activity for many years.
People with special needs can be sexually abused. According to research, people with special needs are at greater risk of being sexually abused due to lack of understanding. Older people, especially those with mental health problems, are also at risk of sexual abuse because they are not considered credible witnesses. Victims do not report torture or assist the investigator out of fear or reluctance.
According to the Labor Act of Bangladesh, no person in any organization, regardless of his rank or position, may engage in any behavior which is indecent or detrimental to the decency of the female worker. The Supreme Court provided detailed descriptions of sexual harassment and calls on employers and educational institutions to take urgent action to prevent sexual harassment. This guideline identifies the problems of raising awareness, including measures to prevent sexual offenses, and widely promotes equal rights for men and women and legal provisions on sexual offenses. The guidelines also include disciplinary action, the establishment of a grievance committee in the workplace, including the grievance process, and details of criminal cases.
According to the Prevention of Violence against Women and Children (Amendment) Act, 2003, if a person illegally touches the sexual organs of a woman or a child or any other part of his/her body or any other object for the purpose of satisfying his sexual desires, If he does so, he will be liable to sexual harassment and the person shall be punished with imprisonment for a term not exceeding ten years but not less than three years with an additional fine.
In order to create a safe and secure environment including prevention of sexual harassment, the concerned authorities should take utmost publicity and take effective steps to make the public, educational institutions, officials and employees of government and non-government offices aware of this. Every educational institution should have effective arrangements to provide proper assistance to the new comer students before the commencement of formal lessons and in other institutions to give proper idea to the officers and employees and to change the mentality.