Relocation of Rohingya resumes 1,500 more being sent to Bhasan Char in 7th phase 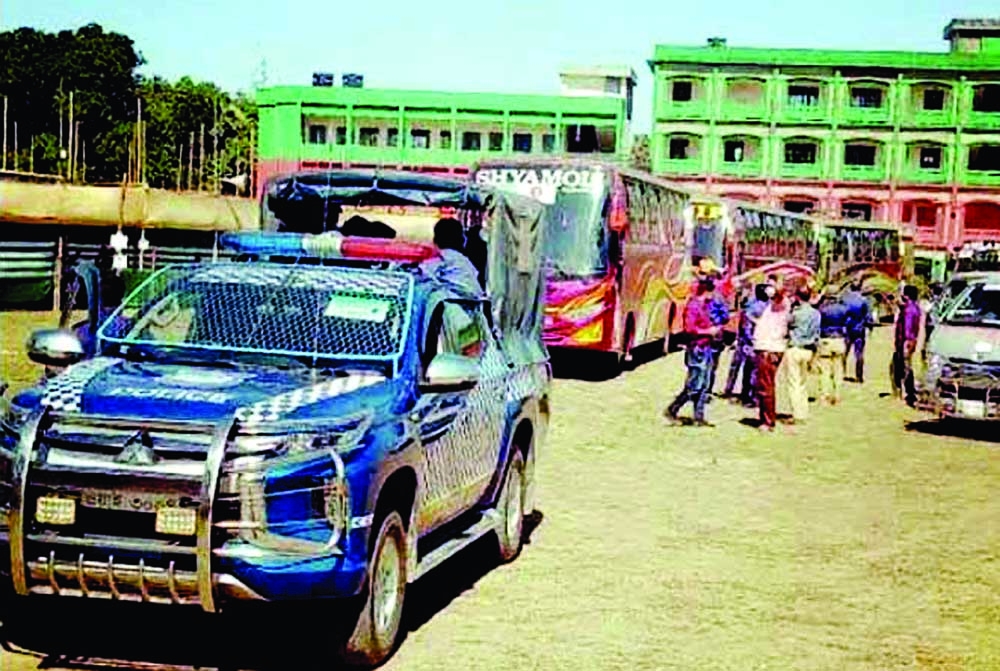 News Desk :
Some 1,500 more Rohingyas are being relocated to the Bhasan Char Island in the seventh phase.
On the first day of the seventh phase, around 379 Rohingyas were taken to Chattogram from the camps in Cox's Bazar in seven buses on Wednesday.
From there, the Rohingyas are scheduled to be sent to Bhasanchar on Thursday in a special navy ship.
Shamsuddauja, Additional Refugee Relief and Repatriation Commissioner in Cox's Bazar, said the Rohingyas willing to go to Bhasan Char were brought to the temporary transit point at Ukhiya Degree College ground and provided with necessary items, including food, water and medicine.
About 1,500-2,000 Rohingya men, women and children have gathered at the Ukhia Degree College premises since Tuesday noon.
Jamalida Begum, leader of the Arakan Rohingya Society for Peace and Human Rights (ARSPH) in Ukhia, said the residents of the camp in Ukhia are terrified now after the killing of Rohingya leader Mohib Ullah and the gun attack on a madrasa in Rohingya camp. "So, most of the Rohingyas are willing to move to Bashan Char."
Meanwhile, Mohammad Rafiqul Islam, officer-in-charge of Bhasan Char Police, said about 1,500 Rohingya people are expected to reach Bhasan Char on Thursday. All the preparations have been completed to receive them, he added. In six phases, over 18,500 Rohingyas have been shifted to Bhasan Char so far.
Bangladesh is currently hosting over 1.1 million Rohingyas in camps in Cox's Bazar and Bhasan Char. Most of them have come here since August 25, 2017 when the Myanmar military launched a brutal offensive targeting the mainly-Muslim ethnic minority.