College students among 3 crushed dead by bus in Chandpur 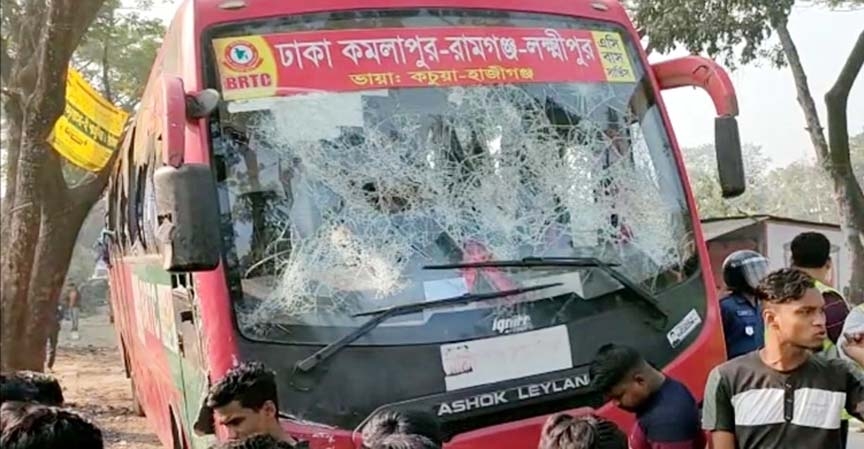 Online Desk :
Three people were killed and three others injured when a Dhaka-bound bus hit a CNG-run autorickshaw at Kachua Upazila of Chandpur on Thursday morning. Two of the deceased were students of Cumilla Victoria College.
The accident took place in front of Bishwa Road Koraya Doctor's house around 8:30 am on Thursday. Â
The deceased were identified as Urmi Majumder Uma, 24, daughter of Rajkumar Majumdar of Dohati village in the Upazila, and Saddam Sohen, 35, son of Abdul Mannan and Md Rifat, 24, of Kadla village Sarkar Bari.
According to locals, the Hajiganj-bound autorickshaw overturned after being hit by the Dhaka-bound bus from Kachua, leaving Uma, Saddam and Rifat dead on the spot. Autorickshaw passenger Md Ibrahim along and driver Monir Hossain were injured.
Later, the injured were taken to Kachua Upazila Health Complex.
Kachua Upazila Health Officer Salahuddin Mahmud said Monir was referred to Comilla Medical College as his condition deteriorated. Ibrahim is undergoing treatment in the Health Complex.
Kachua police station OC Md Mohiuddin said the police recovered the bodies of the three victims from the spot and brought them to the police station. The incident will be investigated and legal action will be taken.