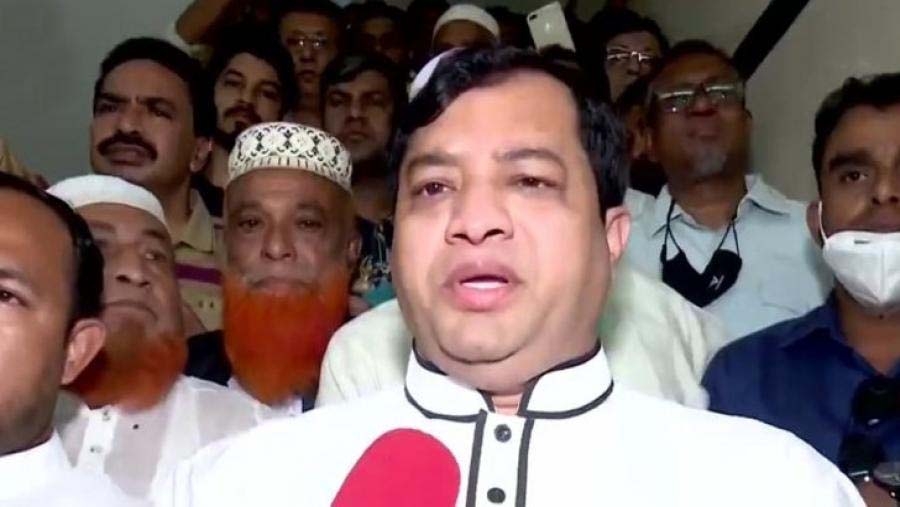 Six days after expulsion from Awami League, disgraced Jahangir Alam was suspended from the post of Gazipur City Corporation Mayor on Thursday.

Taking the allegations brought against Jahangir Alam into consideration over different issues, the Ministry of Local Government, Rural Development and Co-operatives (LGRD) suspended him, said Minister Md Tajul Islam at a press briefing on Thursday.

The ministry issued a notification in this regard on Thursday.

The notification directed the former mayor to hand over charge to the nominated panel within three days following the Local Government (City Corporation) Act, 2009.

âVarious allegations are there against Jahangir Alam and those have been taken into account. The ministry can suspend a mayor for the sake of investigation according to the Local Government (City Corporation) Act,â the LGRD Minister added.

He said a three-member probe committee, led by additional secretary of the LGRD Ministry Mustaqim Billah Farooqui, has been formed. âThe committee will submit its report soon.â

On November 19, Awami League expelled its Gazipur unit general secretary and city mayor Jahangir Alam for life for his controversial remarks on Bangabandhu and other local leaders.

Jahangir Alam, however, said he will submit an application requesting the Prime Minister to review the decision.

On October 3, AL issued a show-cause notice to Jahangir for his recent viral video with controversial comments on Bangabandhu, regarding the number of people martyred during the Liberation War and other local leaders.

He was asked to reply to the notice within 15 days.

The notice said Jahangirâs viral comments damaged the image and popularity of the political organization.

It is equal to going against the interest of the organization and breaking its disciplines which is a punishable offence according to the partyâs constitution, the notice said.

Jahangir was asked through the letter to explain why organizational action should not be taken against him.

The mayor claimed that conspirators and anti-election groups have spread the 'technologically manipulated video' as a pernicious campaign against him.