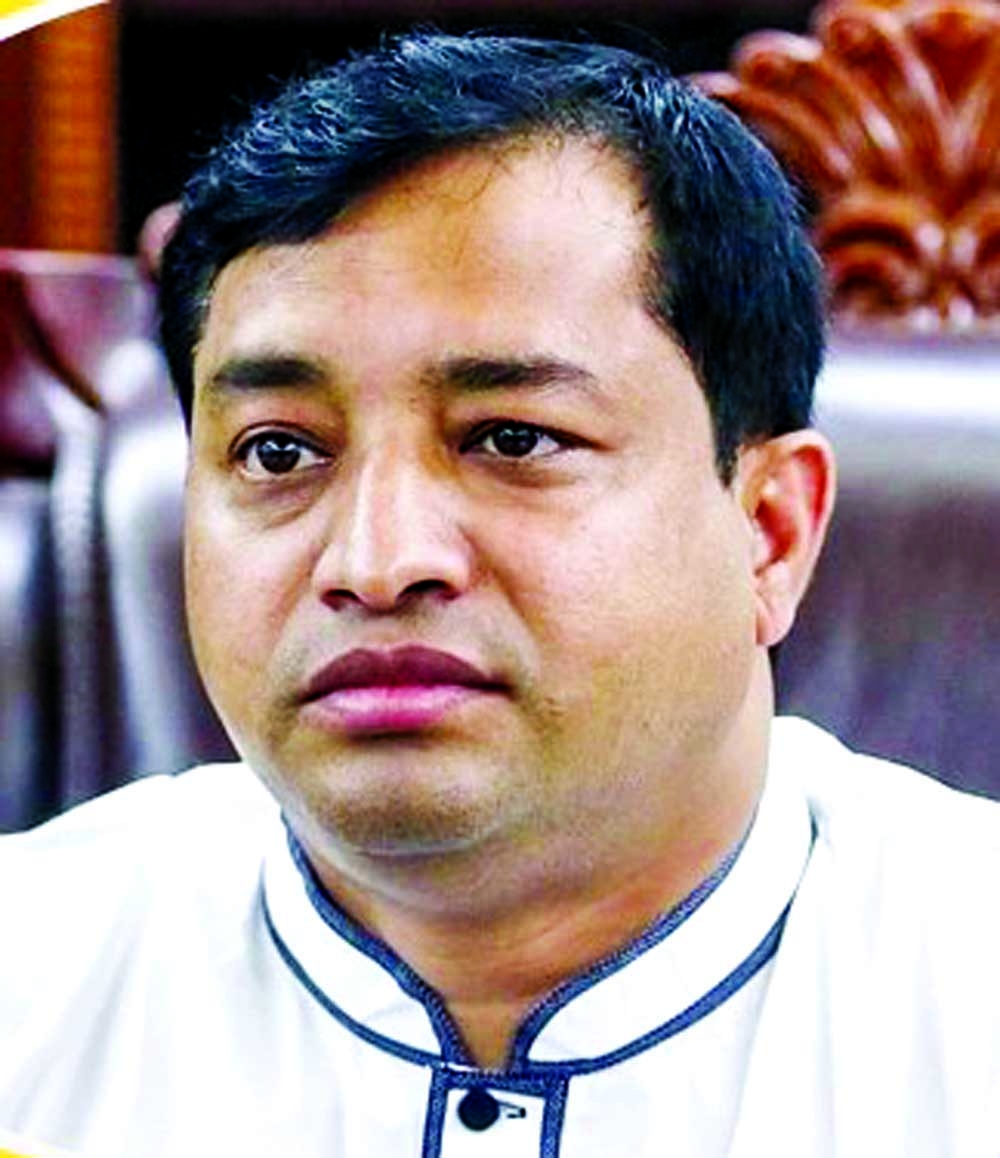 Staff Reporter :
The government has temporarily suspended the Gazipur City Corporation mayor Zahangir Alam on account of abuse of power and others.
Local Government, Rural Development and Co-operatives Minister Md Tazul Islam said it on Thursday.
The LGRD minister further said that according to City Corporation Act 2009 Article 20 (2), a three-member mayoral panel has been formed to administer the Gazipur City Corporation.
A three-member probe body has been formed to investigate the allegations against Zahangir, the minister added. Â Â Â  The panel members are Gazipur City Corporation's 43 No. Ward councilor Asadur Rahman Kiron, 52 No. Ward councilor Md. Abdul Alim Mollah and 10 No. reserved Ward councilor Ayesha Akter, according to a gazette notification.
The suspended mayor will hand over the office to the senior member of panel within three days, it said.
On the other hand, Awami League has named Md Ataullah Mandal as the Acting General Secretary of the party's Gazipur metropolitan unit replacing Jahangir Alam.
Ataullah had been serving as a joint secretary of the unit.
He was chosen by the Awami League's Central Executive Committee, according to a press release signed by the party's Office Secretary Biplob Barua on Wednesday.
Speaking to reporters at the Secretariat, Minister Tajul said, there are several allegations against Jahangir, including abuse of power, land grabbing, tender and recruitment irregularities as well as embezzlement of public funds, he said.
An inquiry led by Local Government Division Additional Secretary Mustakim Billah Faruqui has been opened, added the minister.
"The local government law says that a mayor could be suspended once an investigation is opened," he said.
Responding to a query, Minister Tajul said, they have not set a deadline for the probe panel.
"However, we expect the committee to submit its findings as soon as possible," he said before adding that the mayor will be sacked if the allegations are found to be true.
On November 19, the ruling Awami League expelled Jahangir, who was elected mayor in 2018 with the party's ticket, for his remarks on Bangabandhu and the 1971 Liberation War martyrs.
Jahangir, contrarily, claimed he is the victim of a "conspiracy".
Speaking to the media at his residence a day after the expulsion, he said he will appeal to the Awami League President and Prime Minister Sheikh Hasina to review the decision.
"If I could speak to the honourable prime minister over that audio and video, she would understand. Then maybe she would not take the strict action," he said at the time.
On September 22, a four-minute video of Mayor Jahangir making some derogatory comments on Bangabandhu and the martyred freedom fighters during a conversation with an unidentified person went viral on social media.
Tension within the party became obvious on September 24, when the mayor's supporters as well as his opponents demonstrated by blocking the highway near Board Bazar.