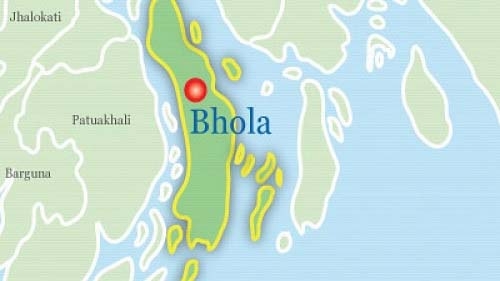 A local leader of Jubo League was allegedly shot dead by assailants in the Meghna river off the coast of Nasirmajhi in Sadar upazila of Bhola district on Friday.

The deceased was identified as Khorshed Alam Titu, 35, son of Tasir Ahmed of Kanai Nagar village under Dhania union.

Enayet Hossain, officer-in-charge of Sadar Police Station, said Khorshed, along with his associates, had gone to the house of newly elected chairman of Madanpur union, Nasir Uddin Nannu, on an invitation.

Later, when Khorshed and his supporters were heading towards Nasirmajhai on a boat, the assailants came on a speedboat and fired at him.

A critically injured Khorshed was taken to Sadar Hospital, where doctors declared him dead on arrival.

Khorshedâs followers alleged that the supporters of Socket Jamal, a defeated chairman candidate, were behind the attack. "Efforts are on to identify and nab the attackers,' the OC said.