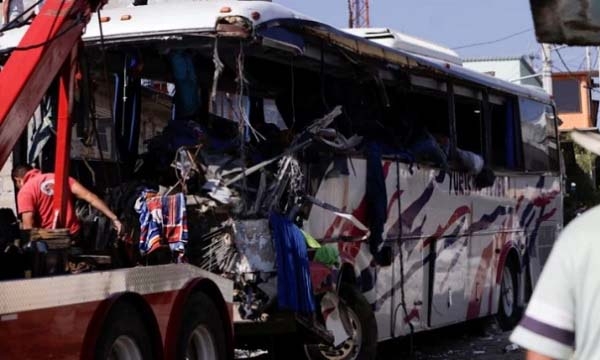 At least 19 people taking part in a religious pilgrimage in Mexico died in a bus crash on Friday, authorities said.
The victims, from the western state of Michoacan, were heading to a Catholic shrine, a senior official in the central State of Mexico said.
"Nineteen people have unfortunately lost their lives," Ricardo de la Cruz Musalem told the Milenio television station.
About 20 others were injured and taken to nearby hospitals. Images published by local media showed that the front of the bus was
practically destroyed after hitting a house.
Deadly road accidents are not uncommon in Mexico. In September, at least 16 people were killed and 22 others were injured in
a smash involving a bus and a truck in the northern state of Sonora. In April, a collision between two buses carrying workers at a mine
elsewhere in Sonora left at least 16 people dead.