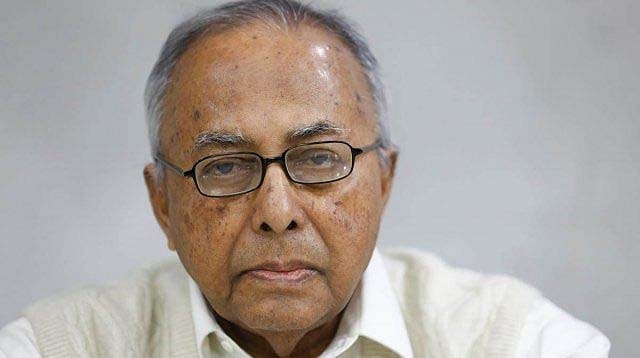 National Professor Rafiqul Islam, also the Chairman of Bangla Academy, passed away at Evercare Hospital in the capital on Tuesday.Â  He was 87.
Â âThe eminent professor breathed his last at 2:30 pm,â a source close to his family told UNB.
The body of Dr Rafiqul Islam will be taken to the Central Shaheed Minar on Wednesday at 2 pm for people to pay their last respects.
Â He will be buried at Azimpur Graveyard after Asr prayers on Wednesday, according to his family sources.
Prof Rafiqul Islam, also the Director of the University of Liberal Arts Bangladesh (ULAB)âs Centre for Bangla Studies, was put on life support at the Evercare Hospital on November 26.
He was admitted to the hospital a week prior to that, and got shifted to the High Dependency Unit of the hospital after his condition worsened.
On October 7, he was admitted to Bangabandhu Sheikh Mujib Medical University (BSMMU) with abdominal pain. After tests, doctors confirmed that water had accumulated in his lungs which was later extracted.
According to the family, Rafiqul Islam wanted to be treated in the country. He did not even want to come to Evercare Hospital and was willing to continue receiving treatment at the BSMMU.
Born on January 1, 1934 at Kolakanda village, Matlab upazila in Chandpur district to Dr Md Zulfiker Ali and Jannatunesa, Prof Rafiqul Islam completed his MA in Bangla from Dhaka University in 1956. He was an active participant in the 1952 Language Movement.
Later, he completed his MA in Linguistics from Cornel University, USA in 1960. He obtained his PhD from Dhaka University in 1976. He started his glorious career in academia at Dhaka University in 1957 and taught Bangla and linguistics there till 1958.
Inducted as a National Professor in 2018, Dr Rafiqul Islam later became head of the Bangla department at Dhaka University. Later, he became the Vice-Chancellor (2007-2011) of the University of Liberal Arts Bangladesh (ULAB).
One of the most respected Nazrul researchers, Rafiqul Islam was the first Nazrul Professor at the Bangla department of Dhaka University and the first director of the Nazrul Research Centre. He has penned about 30 books, including the first book on martyred intellectuals and the first book on the centenary history of Dhaka University.
For his excellence in the field of academia and culture, Professor Dr Rafiqul Islam has received Independence Award (2012), Ekushey Padak (2001), Bangla Academy Literary Award (1994) and International Mother Language Award.