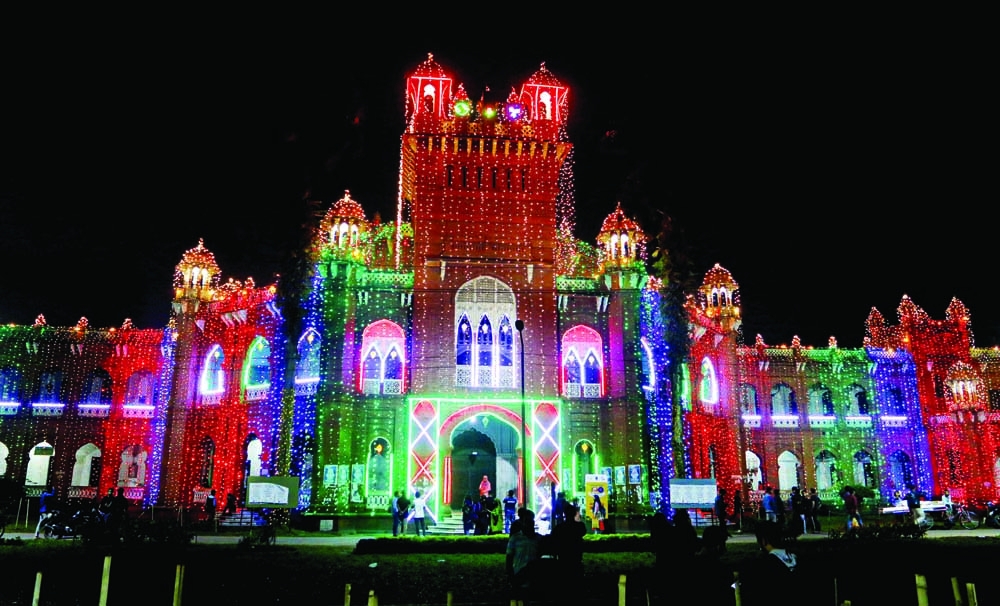 News Desk :
Dhaka University launches today a 16-day prgramme in celebration of the centenary of its founding amid festivities.
The country's oldest public university, the higgest seat of education and a cradle of democratic movement, began its journey on July 01, 1921.
The celebration has been delayed by five months due to Covid-19 pandemic, reports UNB.
The grand celebration will take place on the campus from December 1 to December 16. It will also mark the golden jubilee of the country's independence.
President Abdul Hamid will virtually attend the inaugural ceremony as the chief guest from Bangbaban. Jatiya Sangsad speaker Shirin Sharmin Chaudhury will join the programme as an honorary guest.
The president will also unveil special books, photography albums and websites on the centenary of the university.
A documentary and a theme song on the centenary will also be released on the opening day of the celebration while a greeting message from Prime Minister of Bhutan Lotay Tshering will also be played during the programme.
Vice-Chancellor of the University Dr. Md. Akhtaruzzaman will preside over the inaugural programme.
On December 3, students of Theatre and Performance Studies and Dance Department, and members of Dhaka University Teachers' Association will perform in the cultural programme while the Dolchut Band led by popular musician Bappa Mazumder will perform in the programme.
Home Minister Asaduzzaman Khan Kamal, Industries Minister Nurul Majid Mahmud Humayun and educationist Rasheda K Chowdhury will attend a discussion meeting on December 4, while former pro-vice- chancellor Prof Dr. Shahadat Ali will preside over the session. A cultural programme will also be held on the day.
A victory procession with the participation of teachers, students, officials and employees will be held from the premises of Aparajeyo Bangla to Shahid Minar on the morning of December 12.A discussion programme will be held in the afternoon.
Teachers, students, officials and employees will place wreaths at National Martyrs' Memorial at Savar on December 16.
The 16-day festivities will end on the Victory Day with a concert and laser show in the central playground of the university.