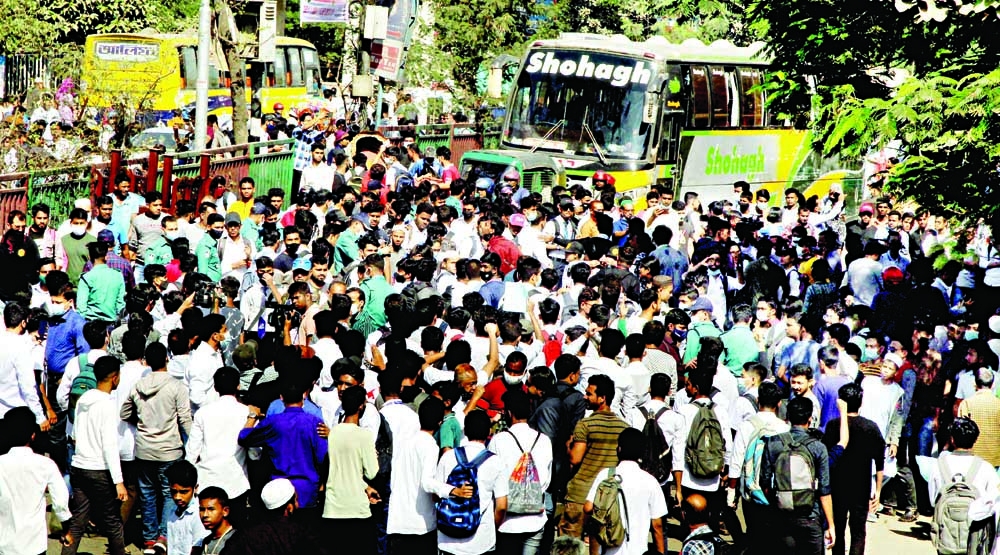 Students of different educational institutions in the capital blocked streets on Wednesday demanding half-fare for all students across the country. The photo was taken from Rampura area in the city. NN photo 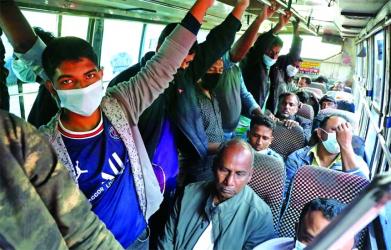 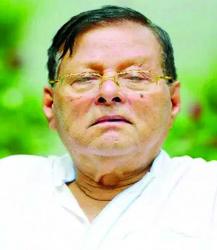 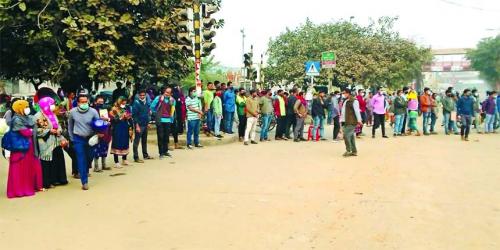