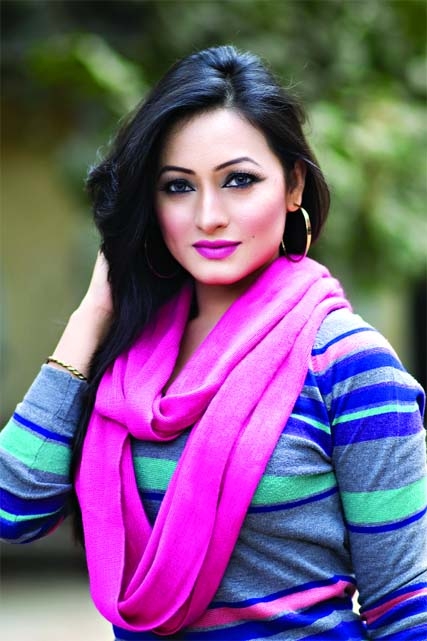 Popular model cum TV actress Suzanaâs father died on July 4 in 2013. After deceased of father Suzana is now passing most of the time with her mother Anwara Begum. For this reason, she didnât get the opportunity to perform in any new television commercial or TV plays. Suzana last performed in Taher Shipon directed TV play titled Alice in Wonderland. On the occasion of Valentineâs Day, Suzana has performed in a special play titled Chirkut, which was directed by SA Haque Alik under the story written by expatriate playwright Belal Hossain Dhali.Popular actor Azizul Hakim performed in role of Suzanaâs husband, while Apurbo acted in role of her boyfriend in the play.While sharing her feelings to perform in this play Suzana told this correspondent, âThough story of the play is conventional, but its presentation is absolutely exceptional. I have enjoyed performing in this play a lot. I hope viewers will also enjoy it.âThe play Chirkut will go on air in any satellite channel. It will be finalised today, said its director SA Haque Alik.However, Suzana has already come into limelight to perform in two music videos recently. Her performance was highly appreciated to all to perform as model in music video of a song of Hridoy Khan titled Keno ebhabe kandao keno under the direction of Gazi Shuvro. On the other hand, Suzanaâs performance in another music video of a song titled Mane na mon, directed by Chandan Chowdhury, was also appreciated to all. This duet song was rendered by Imran and Puja. It may be mentioned that Suzana acted first TV play was SA Haque Alik directed Dwitiyo Jibon. She mainly came into limelight as a model of television commercial (TVC) to perform in five TVCs of âSuncrestâ one after another under the direction of popular actor, play director and TVC-maker Afzal Hossain.Â