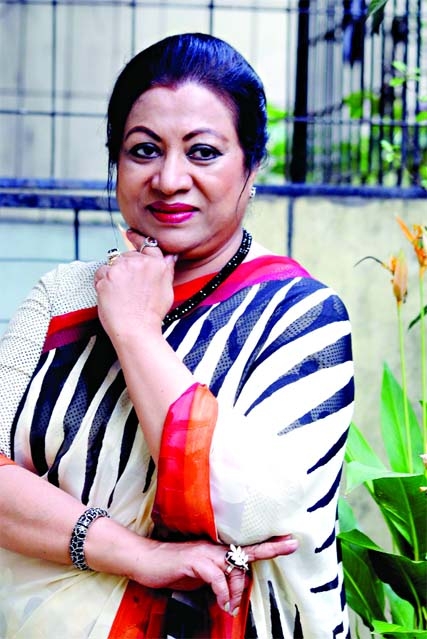 After staying four months outside the country legendary film actress Kohinur Akhter Suchanda has returned to Bangladesh on Monday. While communicating with Suchanda on her return she told this correspondent, âThough I was in USA, but my mind was in Bangladesh. I felt bad for my motherland. I have seen independence of our country by own eyes. For this reason, I have many thoughts about the people of our country.Â  I always hope that they can stay well both mentally and physically. I am wishing their success. In the meantime, I am also requesting them to pray for me as I can stay well.âIt may be mentioned that four months ago Suchanda went to USA for traveling. After returning Bangladesh she felt sorry to hear the death news of Mohammad Hannan. She shared her feelings by this way, âWe have lost a talented person in our film industry. This compensation will never accomplish. I am praying for the salvation of his departed soul.âSuchanda started her acting career by movie Kagoj-er Nouka, directed by late Subhash Dutta in 1966. In 1967, she performed in Zahir Raihan directed movie Behula. She also performed in several Urdu movies like Jahan Baje Shehnai, Piyasha, Haam Ek Ho, etc. She got Nigar Award from Pakistan to perform in movie Hum Ek Ho. It may be also mentioned that Suchanda acted movie Piyasha was later made in the title of Sajan (Hindi) in India. Madhuri, Salman and Sanjay performed in this movie. Later Sohanur Rahman Sohan again made this movie in Bangladesh.