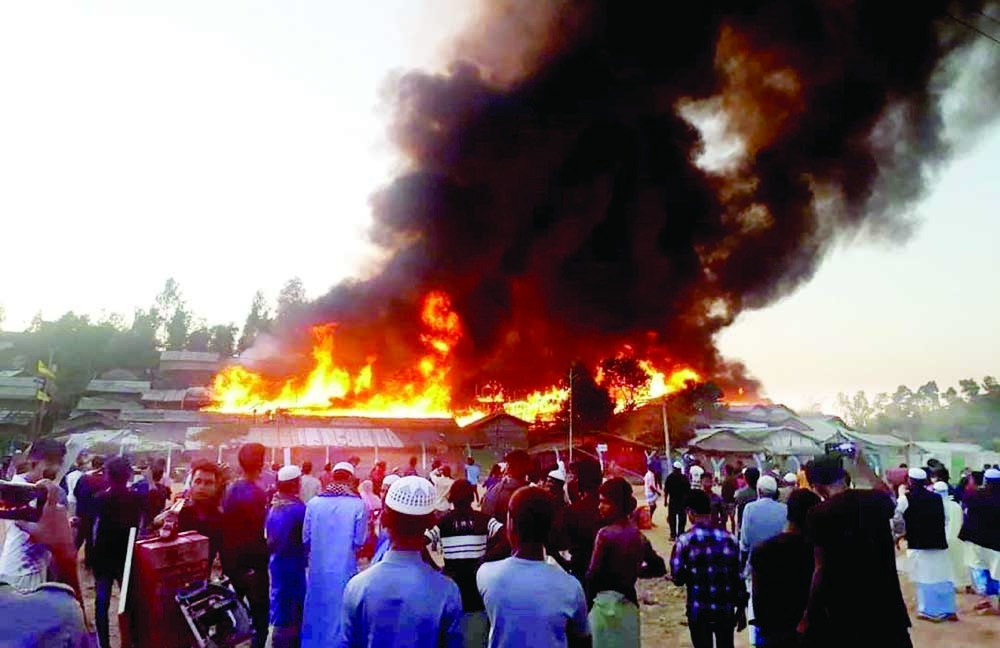 Cox's Bazar Correspondent :
A massive fire destroyed a Rohingya refugee camp in Ukhiya upazila of Cox's Bazar district on Sunday evening, leaving hundreds of people homeless.
The blaze broke out at camp no. 16 in Palangkhali Union's Shafiullah Kata area around 5:30 pm, said Mohammad Abdullah, deputy assistant director of the district fire service and civil defence.
Being informed, eight units of the firefighters went to the spot, and doused the blaze, he said. No deaths or serious injuries were reported in the incident but a few hundred shanties were damaged, he added.
Superintendent of Armed Police Battalion-14 (APN) Naimul Haque said the fire broke out at Block-G under Camp No. 16 but its origin could not be known yet.
"About 1,200 houses were burnt in the fire," said Kamran Hossain, a spokesman for the Armed Police Battalion, which heads security in the camp. Â
The fire started at Camp 16 and raced through shelters made of bamboo and tarpaulin, leaving more than 5,000 people homeless, he said.
"The fire started at 4:40 pm and was brought under control at around 6:30 pm," he told the media.
In March last year, a massive fire had ripped through thousands of homes at the refugee camp, leaving at least 11 people dead. The blaze destroyed homes of around 45,000 people of over 9,300 families, according to the government.