Bangladesh to lobby, if required, anywhere in US: FM 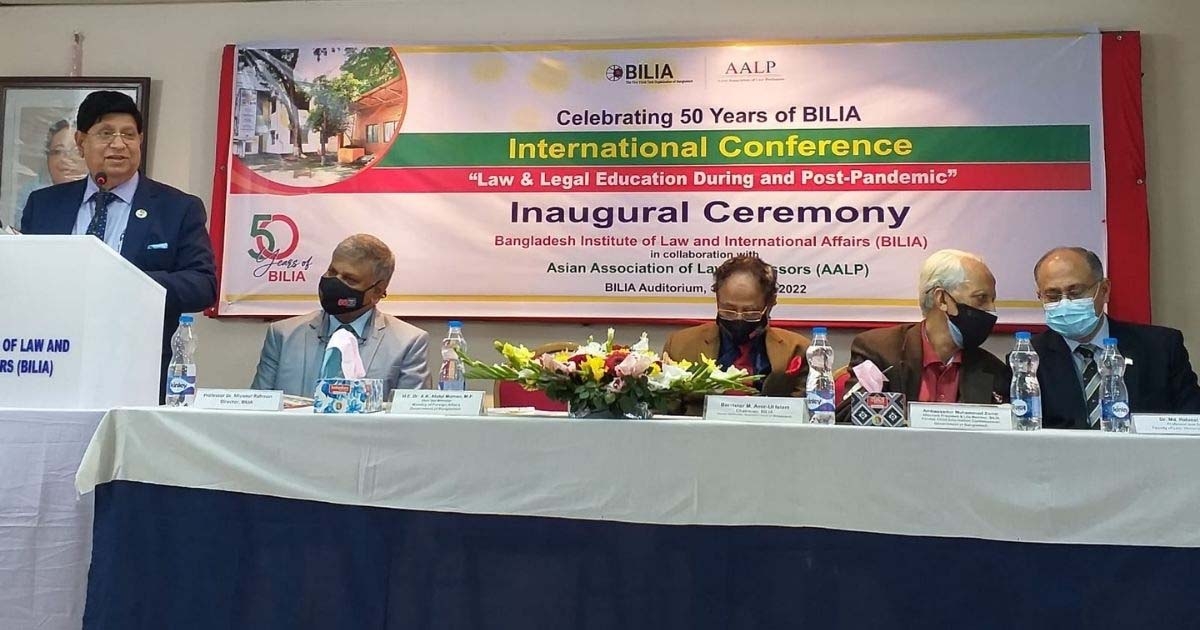 Foreign Minister Dr AK Abdul Momen on Friday said engaging a lobbyist is a normal process in the United States and Bangladesh will lobby if it is required anywhere in the USA.

âIn our country, we call it âTodbirâ (lobbying). Weâll lobby where itâs needed. Weâll see how we can work it out within the legal framework,â he told reporters after attending a function in the city.

Dr Momen said everybody has the right to engage whatever they want to do and it is a legal process while there is nothing against it.

Asked about engaging lobbyists by the BNP in 2018, the Foreign Minister said he does not know about that particular issue. âItâs their headache, not mine.â

Responding to a question, Dr Momen said Bangladesh and the United States are democratic countries and there are many setbacks to the democratic system.

âAll democracies have imperfections. Thereâre gaps in each democracy. Itâs a continuous process. If weâve any shortcomings or weaknesses, weâll definitely try to fix them. Weâll try to take care of those,â he said.

The Foreign Minister said it is a matter of happiness that democracy reaches the grassroots level in the country.

He said from time to time, they face many disasters and they solve them. âNow weâve a problem that we can solve.â

Referring to Americans as a very mature nation, Dr Momen said although there are sanctions onÂ  RAB, the US State Department says RAB has reduced terrorism in the last few years. âItâs their independent study.â

Earlier, Foreign Minister Dr Momen inaugurated the international conference on "Law & Legal Education During and Post-Pandemic" held in BILIA Auditorium in the city.

Celebrating 50 Years of BILIA (Bangladesh Institute of Law and International Affairs) the conference was jointly organised by BILIA and Asian Association of Law Professors (AALP).

Chairman of BILIA Barrister M Amir-Ul Islam, Ambassador Muhammad Zamir, Professor and Dean of Faculty of Law, University of Dhaka Dr Md Rahmat Ullah and Director of BILIA Professor Dr Mizanur Rahman spoke, among others, at the inaugural ceremony of the conference.