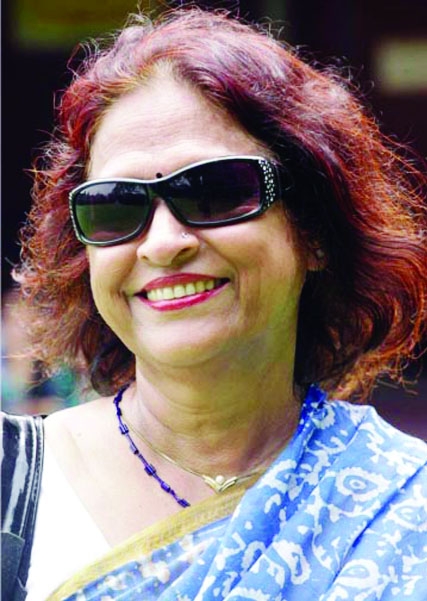 bdnews24.com :
A retired Dhaka University professor, who went missing two days ago, has been found dead in a jungle near her home at Dakkhin Panishail in Gazipur's Kashimpur.
Police believe Prof Sayeda Khaleque, 70,
was strangled, said Mahbub-E-Khoda, chief of Kashimpur Police Station. Â
The law enforcers recovered the body from the jungle, a few hundred metres from the rented home she lived in, on Friday morning.
Police arrested Anwar Hossain, a construction worker, a suspect in Sayeda's death.
Anwar was working at a site where Sayeda was building her home in a housing project.
Sayeda lived alone in a rented flat on the first-floor of an under-construction building.
"We are investigating who else were involved with the incident," the police officer said.
Sayeda's son lives in Dhaka's Motijheel, a daughter in Uttara and two other daughters in Australia.
The daughter living in Dhaka came to the police station on Thursday to inform the law enforcers that Prof Sayeda went missing, Mahbub said.
Nizamul Hoque Bhuiyan, a professor of the university's nutrition and food science department, said Sayeda was building the home in the project after retiring as a teacher of the department.