The untold stories of Pirate-free Sundarbans 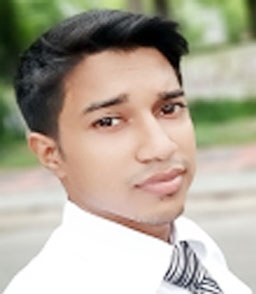 Shaikh Abdur Rahman :
Sundarbans-the world's largest mangrove forest situated mostly in the Southwest part of Bangladesh. The area is both strategically and economically important for Bangladesh. More than 1.5 million people directly or indirectly depend on the world heritage-most of them are fishermen, honey, and wood collector. The coastal people have to constantly fight natural disasters for their livelihoods. With an added dimension, their life had often been endangered by the ferocious and reckless water pirates (Jaladassu) of the area.
In 2016, there were more or less 12 pirate gangs that were controlling the Sundarbans. Residents of the coastal areas in and around the area were always in terror due to the pirate gangs active in the region. However, within a short span of time, on November 01, 2018, the Prime Minister of Bangladesh declared the Sundarbans pirate-free when at least 58 pirates of 6 groups with 3321 arms and arsenalssurrenderedvia zoom video call in front of the home minister Asaduzzaman Khan Kamal. What was the scenario before the surrender and how the Sundarbans get pirate-free?
Situation before surrender
The pirate gang of Sundarbans was considered the king of Sundarbans. Piracy, robbery, and poaching animals from the forest grew like cancer to the lung of Bangladesh. The suffering of the locals, fishermen, and businessmen was a beggar's description. Regular shipping of coastal people especially the fishermen and carpenters were tremendously affected by the criminal activities of pirates and dacoits. Pirates kidnaped fishers and woodcutters to demand a huge ransom. Many innocent fishers had to give their lives in their hands. The fishermen of the areas needed to have a 'Get out of Jail Free' card to avoid kidnapping. Locals alleged that the pirates had a fixed rate of ransom-BDT 20,000 to 100,000 for a human and BDT 5,000 to 10,000 for a trawler. The offenders created an annual business of over 200 crores through abduction and looting. Besides, the tourism sector centering the natural beauty was largely affected by the fear of the pirates.
Road to pirate-free Sundarbans
Through continuous operations and crackdowns of law enforcement agencies, the government by far managed to subdue the pirates in the Sundarbans. The successful carrot and stick policy of government through zero tolerance to the river monsters and guarantee to normal lifetriggered the water pirates to surrender.
A task force was established in 2012 with coordinating between Rapid Action Battalion (RAB), police, Coast Guard, Border Guard Bangladesh (BGB), and Forest Department. On May 30, 2015, the notorious pirate gang named Master Bahini was the first to surrender. But a number of groups namely Boro Bhai Bahini, Ayub Bahini, Reza Bahini, Shahinur Bahini, and other groups continued their mischiefs hiding in the Sundarbans. From time to time, the joint operations of security forces have been conducted against them. At least 28 members of RAB have been died in fighting with the pirates in ensuring the security of the area. However, they have conducted 246 successful drives and arrested 586 criminals of different gangs till 2019. Even a movie named "Operation Sundarbans" has been made based on a true thrilling operation of law enforcement against the pirates.
Freeing the Mangrove Forest from the pirates solely with the counter measurement was hardly possible. In 2018, a project named 'Smile of Sundarbans' was initiated to rehabilitate the surrendered pirates and to make their families self-reliant which basically helped the pirates to back to normalcy. Under the management of law enforcement agencies, from May 31, 2016, to November 01, 2018, 328 members of 32 bandits of the Sundarbans surrendered with 462 weapons and a large quantity of ammunition. Each pirate received BDT 100,000 for starting anew. Besides, different training programs in sewing, computer, driving, boutique, welding for their families have been initiated for the betterment of their life. It is important to mention that the rehabilitation project of Sundarbans was so successful that 43 dakoits from Moheshkhali and Kutubdia of Cox's Bazar district surrendered with 94 firearms.
Looking Ahead
Sundarbans is now safe and secure from the pirates. It has only become possible with the successful operations of law enforcement agencies and the incentives of the government in rehabbing the pirates. However, the first-ever Ph.D. research on tiger poaching, trade, and consumption in Bangladesh found that tiger poachers still remain in the Sundarbans. The number of tigers was 440 in 2014 that came down to 114 in recent years which is a serious concern for the ecological balance and biodiversity of Sundarbans. To break the syndicate of tiger poaching, sincere investigation and more strict and speedy action is a must.Â  Â
To conclude, Pirates in the Sundarbans is now an unforgettable past which we do not want to see again. It is hoped that the rehabilitation project of the government will help the surrendered pirates to change their wheel of fate. Besides, close monitoring of the project and strict surveillance in the coastal areas need to be continued to keep Sundarbans pirate-free.

(Shaikh Abdur Rahman is currently working as a Research Assistant at the Central Foundation for International and Strategic Studies (CFISS) based in Dhaka. He writes on South Asia's politics, human security issues and economic diplomacy, with a particular focus on Bangladesh's foreign policy.)