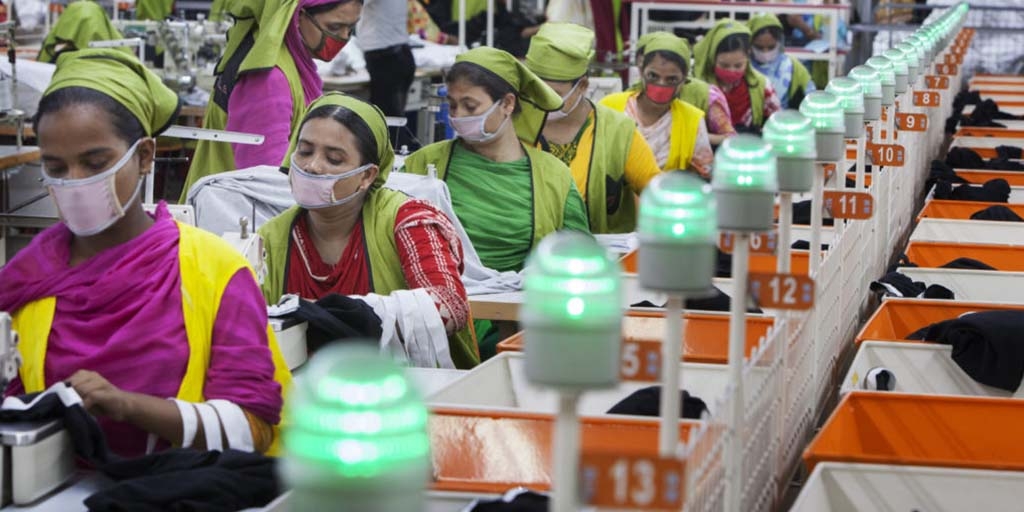 Bangladesh exported readymade garments (RMG) worth US$ 19.9 billion in the first half of the current fiscal, a 28% growth year-on-year.
As per the latest figures released by the Export Promotion Bureau (EPB), the US was the largest export market for Bangladesh between July and December 2021.
The volume of exports to the US grew 46% growth during this period compared to the same in the last financial year. The figures exhibited a robust external demand for this country's RMG items abroad.
Exports to the European Union (EU) and Canada also witnessed a growth of 23.83% and 23.78%, respectively, according to the EPB figures.
"The overall exports of RMG during the first half of 2021-22 reached US$ 19.9 billion, with 28% year-on-year growth," Mohiuddin Rubel, director of BGMEA, said on Saturday.