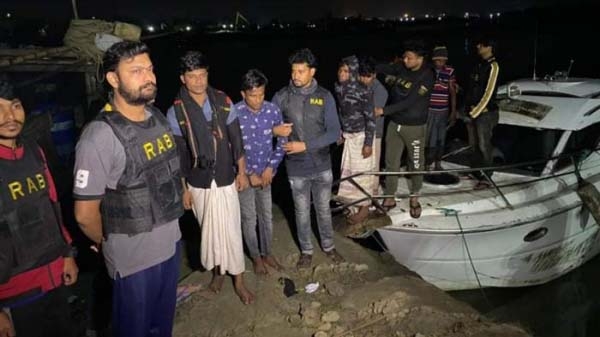 The detainees are Nezam Uddin, Shakil, Sazzad, Sujon, Manik and Omar Faruk of the upazila.

Tipped off, a team of Rab-15 conducted a drive in the area and detained the robbers along with three guns and 11 bullets, said Senior Assistant Director of Rab-15 Abu Salam Chowdhury.

The elite force members detained them when they were taking preparation to loot valuables from a fishing trawler in Sonadia Channel of the Bay of Bengal, he said.