No outsiders will be allowed in Narayanganj Sunday, says police chief 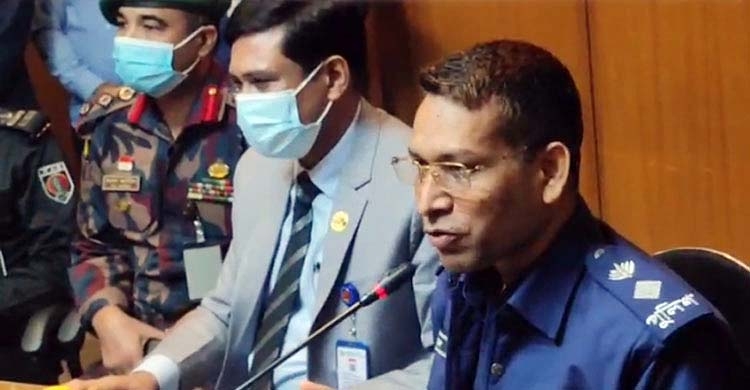 No outsiders will be allowed in Narayanganj on the day of the city civic polls and all residents should carry their national identity (NID) cards with them, the district police chief has said.

"The residents of Naraynaganj must keep their NID cards with them as no outsiders will be allowed in the district on the voting day,â SP Zaidul Alam told reporters at Narayanganj Police Lines on Saturday.

A three-tier security network would be set up for Narayanganj City Corporation polls, slated for Sunday, the SP said.
Â
"Adequate law and enforcement agencies have already been deployed for ensuring law and order in the city, and 14 platoons of Bangladesh Border Guard (BGB) will be deployed on the polling day," he said.

Besides, 5,000 RAB and police personnel have been deployed across 27 wards of the city while as many as 27 duty magistrates and nine mobile courts will be on duty on the day, said local administration sources.

Some 42,430 voters are eligible to exercise their franchise on the voting day.

Narayanganj turned into a city of procession as both mayoral and councillor candidates staged showdowns to demonstrate their popularity at the last moment of electioneering on Friday.

Although seven candidates are running for the post of the mayor, ruling party nominee Ivy and her principal rival -- advocate Taimur Alam Khandaker, a veteran BNP leader who is fighting as an independent -- have stolen all the attention.

People are expecting a tight contest between them.