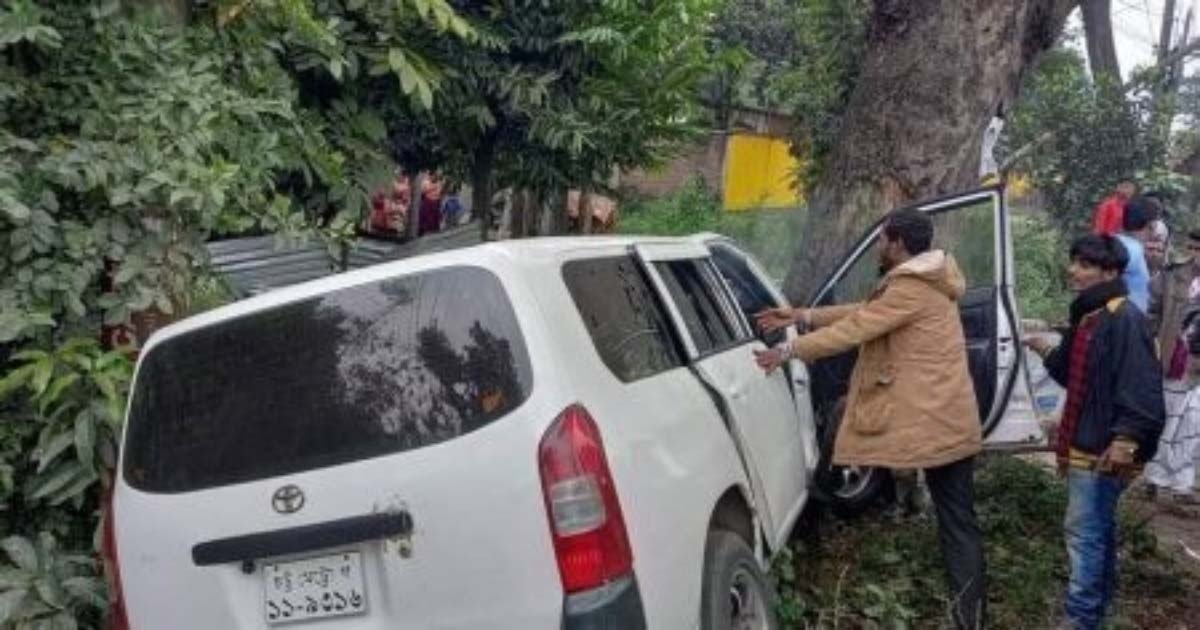 Two brothers were killed and two peopleÂ  injured when a private car hit a tree near BSCIC Industrial area on Dhaka-Chattogram highway in Feni on Saturday.

The deceased were identified as Biplob, 32, an assistant teacher of Mirsarai Sasarat Government Primary School and his brother Tushar, 40, an expatriate.

Police said the private car carrying the two brothers rammed a tree when its driver lost control over the steering, leaving them dead on the spot. The driver and another passenger sustained injuries.

Tushar went to Dhaka for treatment andÂ the accident occurred while they were returning from there.