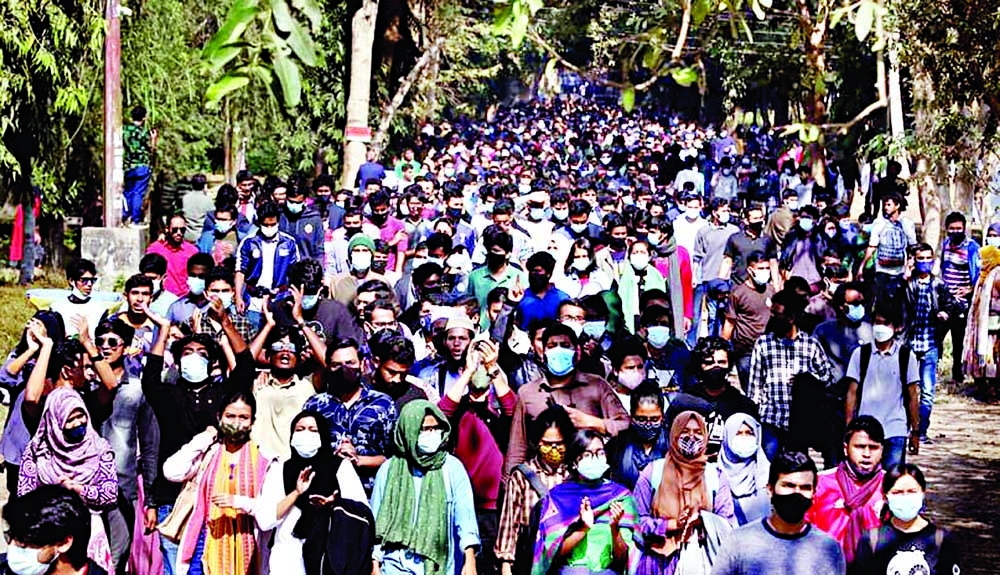 Staff Reporter/ Sylhet BureauÂ  :
Farid Uddin Ahmed, the Vice-Chancellor (VC) of Shahjalal University of Science and Technology (SUST) was declared persona non grata on campus on Monday following 'police action on the agitating students.
Protesting students also cordoned off the residence of VC during their protest programme on the campus yesterday.
Earlier in the morning, a group of students started gathering at the university's roundabout and surrounding areas to stage a demonstration programme demanding the resignation of VC Farid Uddin.
Students from five halls took part in the programme.
At that time, the agitated students asked the authorities to reconsider the decision of closure of the university campus and halls saying that will not leave the halls and the campus until their demands are not met.Â  Â
Later, they marched from the university's roundabout and locked various buildings, including the VC's office, around 2.30 pm on Monday.
At that time, they were seen chanting slogans demanding VC's resignation over police action on them, witnesses said.
Additional police were deployed in the campus to avert untoward situation.
The authorities of SUST on Sunday closed the campus for the indefinite period and directed the students to leave the halls by 12pm on Monday after the clash between police and the students.
However, rejecting the decision of SUST authorities, the students are continuing their agitation programme. They alleged that police charged baton on them by the order of VC Farid that left at least 50 students injured.
The university authorities on Sunday night formed an eight-member probe committee over the ongoing agitation on campus after an emergency syndicate meeting, said SUST Treasurer Dr Anwarul Islam.
Besides, the protest against police action on the SUST students has now spread to campuses across the country.
Different student organisations staged demonstrations on Dhaka University campus on Monday morning expressing their solidarity with of the protesting students of SUST.
Pragatishil Student Jote, an alliance of left-leaning organisations, held a protest rally at the altar of Raju memorial sculpture around 12.30 pm.
Dipak Shil, General secretary of Bangladesh Chhatra Union, said, " We observed the 50th anniversary of our independence but out universities are still under the clutches of culprits. Yesterday, SUST VC ordered police action on the students. Earlier, they were attacked by Chhatra League men too.
He condemned the attack on the students and demanded the removal of the SUST VC.
Office secretary of Socialist Student Front Nasiruddin Prince said "SUST students were attacked several times. Chhatra League men attacked SUST students and SUST VC allowed police to charge baton on the students, leaving at least 50 students injured."
Activists of different student organisations also held another rally in front of DUCSU cafeteria on the day.
In Barisal University, students staged a human chain protesting police action on the SUST students. The human chain was held under the banner of general students' forum on the Dhaka-Kuakata Highway in front of the university on Monday afternoon.
Besides, students of Kabi Nazrul Islam University have brought out at solidarity rally condemning attack on SUST students. The rally was held in front of the Joy Bangla sculpture of the university at 5:30 pm on Monday.
In Chattogram University, general students formed a human chain on the campus protesting police action on SUST on Monday.
In Rajshahi University, a group of student formed a human chain on the campus on Monday noon and expressed solidarity with agitating SUST students.
They strongly condemned police action at SUST, urging the varsity authority and government to ensure safety of the students.
"We condemn this vicious attack on students. The authorities should ensure exemplary punishment to the culprits," said Abdul Majid, convener of the human chain. 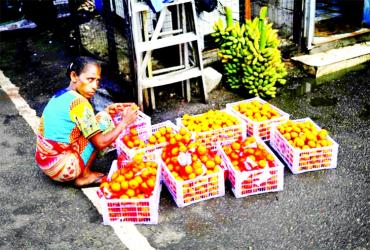 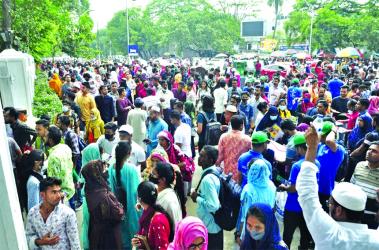 Thousands of job seekers gather at a centre at Law Faculty of Dhaka University to attend recruitment test on Friday amid rising unemployment among educated youths. 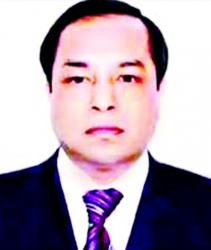 Flood hampers education in nearly 900 institutions in Sylhet and Sunamganj

G7 countries to provide $19.8b in economic aid to Ukraine