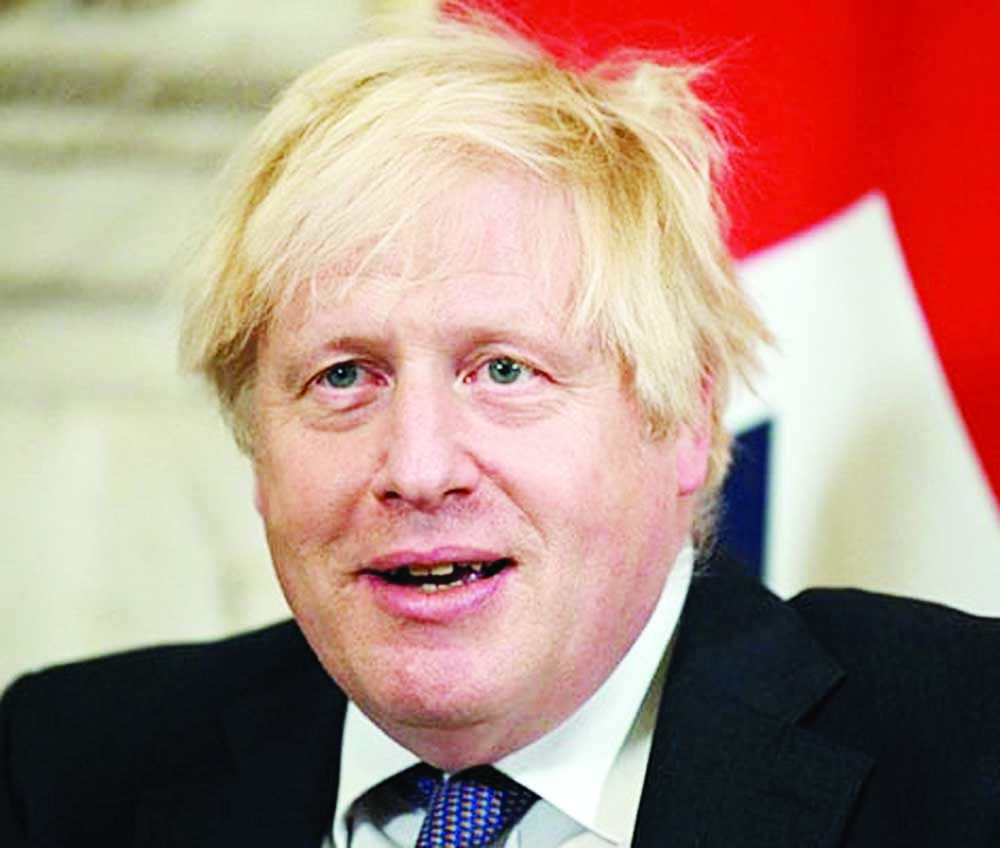 Reuters :
British Prime Minister Boris Johnson on Wednesday rebuffed calls to resign from opponents and some of his own lawmakers, fighting to save his premiership amid a deepening revolt inside his party over a series of lockdown parties in Downing Street.
Propelled into the top job to "get Brexit done", Johnson in 2019 won his party's biggest majority in more than 30 years. But he now faces calls for his resignation after a series of revelations about parties in Downing Street - the prime minister's home and office - during COVID lockdowns.
Johnson has repeatedly apologised for the parties and said he was unaware of many of them. However, he attended what he said he thought was a work event on May 20, 2020 which revellers had been told to "bring their own booze".
"I have spent weeks and months defending the prime minister against often angry constituents," Brexit-supporting Conservative lawmaker David Davis told parliament.
"But I expect my leaders to shoulder the responsibility for the actions they take."
Davis cited a quote from a Conservative lawmaker, Leo Amery, to then Prime Minister Neville Chamberlain over his handling of war in 1940: "You have sat there too long for the good you have done. In the name of God, go."
Asked directly by another lawmaker if he would resign, Johnson said: "No".
Toppling Johnson would leave the United Kingdom in limbo for months just as the West deals with the Ukraine crisis and the world's fifth largest economy grapples with the inflationary wave triggered by the COVID pandemic, with UK inflation rising to the highest level in nearly 30 years.
To trigger a leadership challenge, 54 of the 360 Conservative MPs in parliament must write letters of no confidence to the chairman of the party's 1922 Committee.
As many as 20 Conservative lawmakers who won their seats at the last national election in 2019 plan to submit letters of no confidence in Johnson, the Telegraph reported. A handful of others have already said they had written such letters.
An analysis by The Times newspaper showed that 58 Conservative lawmakers had openly criticised the prime minister.
Leading rivals within the Conservative Party include Chancellor of the Exchequer Rishi Sunak, 41, and Foreign Secretary Liz Truss, 46.