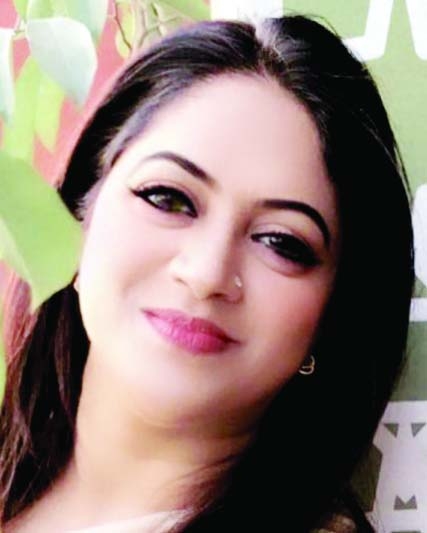 News Desk :
Actress Raima Islam Shimu's husband has admitted to killing his wife before a judicial magistrate in Dhaka, a senior police officer said Friday.
Keraniganj Additional superintendent of police Humayun Kabir told the media that Shimu's husband Shakhawat Ali Nobel and his friend
SM Farhad made their confessions in the Dhaka Judicial Magistrate's Court Thursday evening under Section 164 of CrPC.
This CrPC section gives power to magistrates to record confessions and statements in a case, reports UNB.
Earlier Nobel told police that he choked the actress to death over a family feud on January 16. Later he called Farhad to help him dump the body elsewhere.
That evening only, the duo went to Mirpur where they couldn't find a suitable place for dumping. They finally dumped the body in the bushes near Alipur Bridge at Kadamtali in the district's Hazratpur union, Kabir said.
Both the arrestees, cops said, are drug addicts and unemployed.
Abu Salam Mia, the officer-in-charge of Keraniganj Model Police Station, had said that locals spotted the body near Alipur Bridge at 10am Monday and informed cops.
"The body bore several injury marks. We suspect that she was killed on Sunday and her body was later dumped in the area," the officer had said.
According to Fatema, the younger sister of the actress, "Shimu left her residence around 9am on Sunday and had been missing since. We lodged a missing person's complaint on Sunday night."
A Dhaka court on Tuesday placed the husband of the 41-year-old actress and Farhad on a three-day police remand in a murder case filed against them by police after recovery of her body in a sack.
Shimu worked with many renowned film directors after making her debut in 1998.