Dignity of Bangla as state language 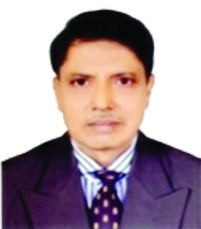 Dr. Forqan Uddin Ahmed :
The importance of the language movement behind the establishment of independent Bangladesh is undeniable. There is a historical background behind the Bengali language movement. Even though Bengali is the mother tongue of the majority of the people of Pakistan, attempts were made to impose Urdu as the state language in East Bengal in a completely undemocratic manner. Because of which a massive movement for the establishment of Bengali as the state language began on 2 September 1947 with the formation of 'TamuddunMajlis'. With the initiative of some teachers and students of Dhaka University, the final success of that movement came. After the partition of the country in 1947, Bangalis were on the verge of losing their history, heritage and language, and culture.
Language is the prime carrier of a culture. It is also the most powerful instrument of preserving and developing our tangible and intangible heritage. During the course of world history, many cultures and civilizations have been shattered, devastated and crushed because of the demolition of their languages. Nations in the past have not only lost their freedom to the powerful, influential and predominant ones, their languages and identity has withered and been lost as well. It is estimated that around 6000 to 7000 languages are spoken in the world today. This initiative of celebrating a day specifically as Language Day will enable development of a fuller awareness of such linguistic and cultural traditions and will inspire solidarity based on understandings, tolerance and dialogue. The day reaffirms the commitment of UNESCO towards preserving language diversity and reflects the importance of increasing efforts to conserve languages as a shared heritage of humanity.
From the beginning of 1952, the language movement took an important turn. As the political crisis intensified, so did the economic situation in East Pakistan. In 1949, the new political party Awami League was formed under the leadership of Maulana Abdul Hamid Khan Bhasani. Khwaja Nazimuddin came to Dhaka from Karachi on 27 January 1952. He declared in a public meeting at Paltan Maidan that only Urdu would be the state language of Pakistan. There was a strong reaction and the students started protesting with the slogans demanding Bangla as a state language. It is seen that Pakistan came from British. From Pakistan there came 1952, 1966, 1969, 1971 and finally independence of Bangladesh. In 1998, Rafiqul Islam and Abdus Salam, two Bengalis living in Canada, appealed to UN Secretary General Kofi Annan to declare February 21 as International Mother Language Day. The Paris session of UNESCO declared November 17, 1999 as the International Mother Language Day, which was celebrated by 193 countries around the world with deep respect and due dignity. Sher-e-Bangla AK Fazlul Haque, Hussain Shaheed Suhrawardy, Maulana Abdul Hamid Khan Bhasani, Father of the Nation Bangabandhu Sheikh Mujibur Rahman were some of the humanitarian politicians in this country, for whose sacrifice, we have got our today's Bangladesh.
Language shows a vital part in the life of a human being. The language facilitates comprehension of surroundings, learning of concepts and achieving several skills. A child who ably learns their lives, amass extensive language skills that help them to express themselves and develop their thinking capacity. Additionally, this language cultivates confidence and a sense of self-worth in a child in learning other things. "If you talk to a man in a language he understands, that goes to his head. If you talk to him in his language that goes to his head -Nelson Mandela Mother tongue is the first language one learns as a baby, the language one grows up knowing, which is also known as the native language. Mother tongue is appreciated due to numerous reasons. The Mother's tongue is central in framing the thinking and emotions of individuals. Learning in school highlights the use of the mother tongue.
The mother tongue is an influential tool in advancing learning in people. The importance of mother tongue is studied because when children develop their mother tongue, they are simultaneously fostering a whole host of other essential skills, such as critical thinking and literacy skills.
Bangabandhu Sheikh Mujibur Rahman, the father of the Nation told "Bangladesh's independence and sovereignty is the far-reaching result of the language movement." He devoted himself to establishing the status of Bengali language. The historic role Bangabandhu played in his speech in Bengali at the United Nations on September 25, 1974 will be written as a red letter day in the history of the world. This was the first successful initiative to establish the status of Bengali language in the world assembly. In the constitution of 1972, Bangabandhu adopted Bengali as the state language. This was the first Bengali language constitution in the history of the world. Bangabandhu, in fact, spoke about the demands of Bengali language and Bengalees before the world community. It is the sacred duty of all Bangladeshi citizens to maintain the dignity of this language. We all pledge to develop the country through successful implementation of this language.
Finally, we can say that mother languages need to be well reflected and highly focused in all day to day activities of nation. Again the the importance and significance of international mother language is enormous. It is true that mother language plays a vital role for a knowledge based society. The question arises is our mother language flourishing or prosperous. It is obvious that correct application and introduction of mother language can protect nation from misleading to culture and socialism.