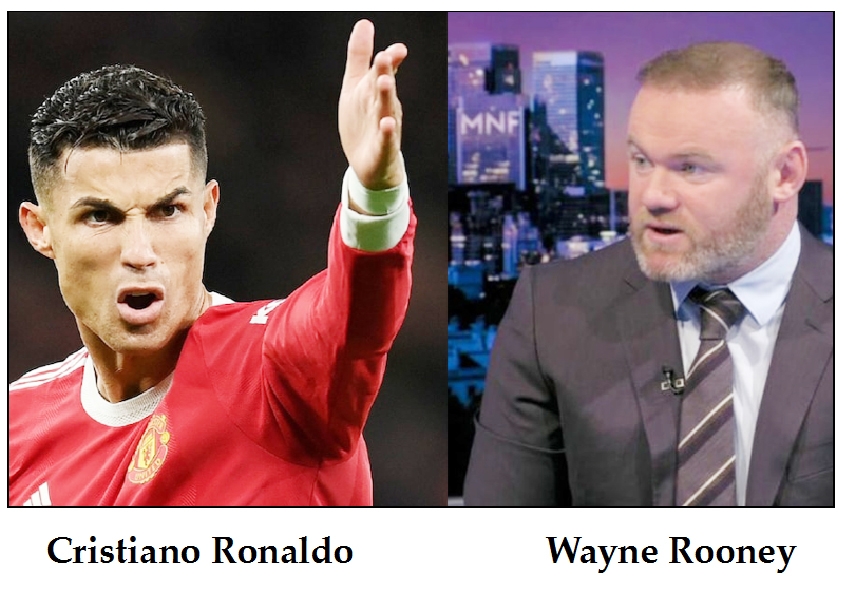 Agency :
Cristiano Ronaldo accused Wayne Rooney of jealousy after the Englishman claimed his return to Manchester United has not been successful.
Ronaldo appears to have taken issue with Rooney's comments and hit back at his ex-teammate's Instagram post from Monday Night Football by writing, "Too jealous."
Rooney was asked by Sky Sports presenter Dave Jones whether Ronaldo's emotional return to Old Trafford had worked out as planned.
The Red Devils record scorer answered, "You'd say no at the minute. He's scored goals, he's scored important goals in the Champions League early on in the season. He scored obviously the hat-trick against Tottenham.
"But I think if you look to the future of the club you would have to go with younger, hungry players to do the best to lift Manchester United over these next two, three years."
Earlier, the Portuguese himself read one of his fan's Instagram posts and decided to show his support in the comments. He commented the word 'Factos' alongside a thumbs up and eyes emoji, which means 'facts' in Spanish and Portuguese.
The Manchester United footballer was seemingly saying that he agrees that he deserved the Ballon d'Or, and the comment was a sly dig at his rival Lionel Messi.