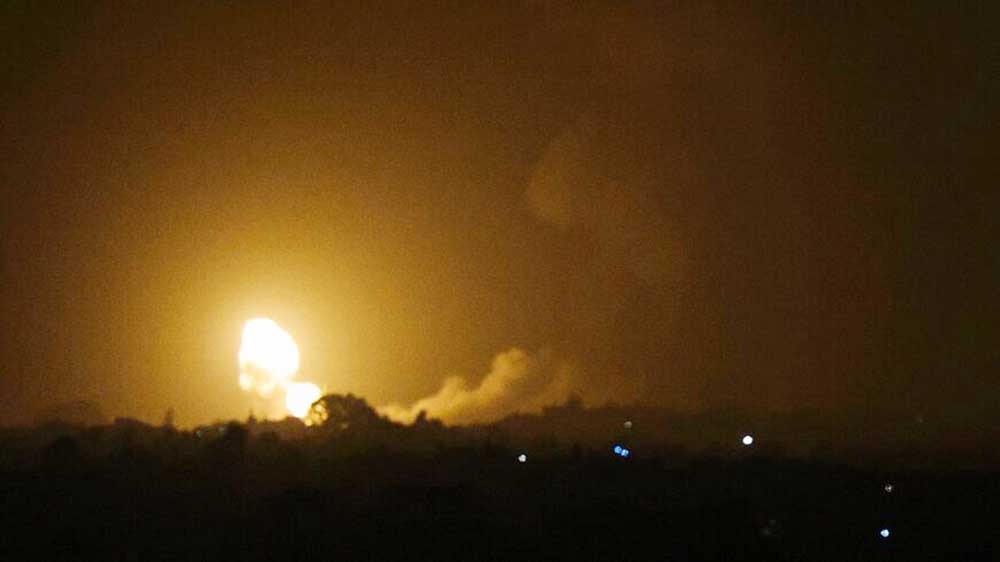 BSS/ASP :
Israel carried out its first air strikeÂ  on the Gaza Strip in months early Tuesday, in response to a rocket fired fromÂ  the Palestinian enclave after a weekend of violence around a Jerusalem holy site.
The army also said its special forces had made five arrests overnight in the occupied West Bank, which has seen a string of deadly Israeli raids since an uptick in attacks and demonstrations four weeks ago. Tensions have focused on the highly contested Al-Aqsa mosque compound, knownÂ  to Jews as the Temple Mount, in Jerusalem's Israeli-annexed Old City.
Palestinian worshippers who wereÂ  gathering there for Ramadan prayers have been outraged by visits by religious Jewish under heavy Israeli police protection-as well as restrictions on their own access. Jews are allowed to visit the site at certain times but prohibited fromÂ  praying there.
The violence, coinciding with the Jewish Passover festival as well as the Muslim holy month, has sparked fears of a repeat of last year's events, when similar circumstances sparked an 11-day war that levelled parts of Gaza.
On Monday, warning sirens sounded after a rocket was fired into southern Israel from the blockaded enclave, controlled by the Islamist group Hamas, in the first such incident since early January.
The Israeli military said that the rocket had been intercepted by the IronÂ  Dome air defence system.Hours later, the Israeli air force said it had hit a Hamas weapons factory in retaliation.
Hamas claimed to have used its "anti-aircraft defences" to counter the raid, which caused no casualties, according to witnesses and security sources in Gaza.