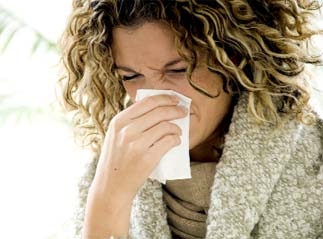 Life Desk :Novel compound which can prevent people from catching the cold virus has been developed by scientists.The compound, engineered by British researchers, can also be used against potentially fatal illnesses including polio and hand, foot and mouth disease, which have caused thousands of deaths worldwide, the Daily Express reported.The compound works by binding to the virus, paralyzing it and preventing it from releasing the genetic material that causes the infection. Dave Stuart, lead researcher from the University of Oxford, said that there are currently a number of effective against the flu, but drugs which can ward of diseases like common cold, polio and hand, foot and mouth disease aren't available.Stuart said the compound could help improve polio vaccines to help global efforts in eradicating the disease once and for all and if tests continue to give positive results, he hopes it will lead to the development of a drug that could finally treat and prevent people catching colds.The study was published in the journal Nature.