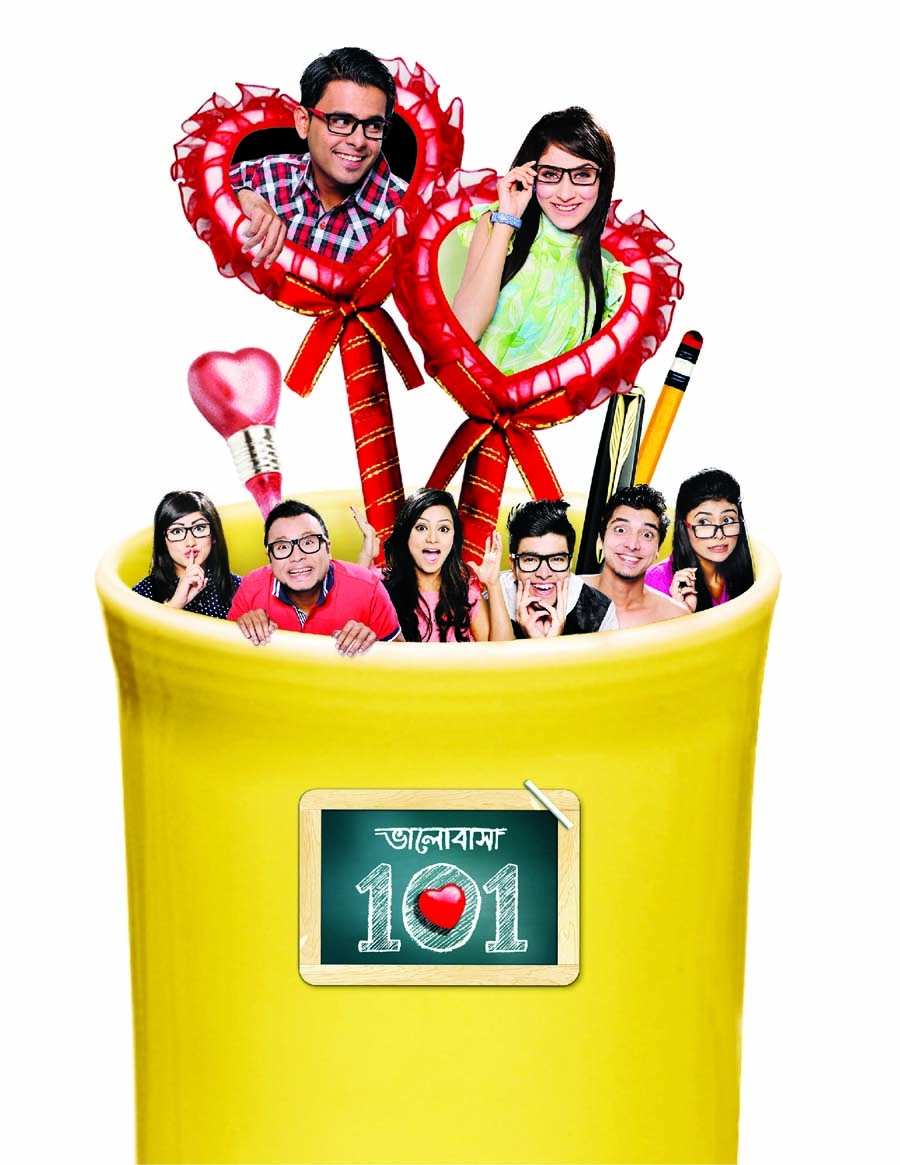 After the successful production of popular telefilms like Bhalobashi Tai, Bhalobashi Tai, Bhalobeshe Jai, Arunodoyer Torundol, Amader Golpo, Kick Off, @18 and Impossible 5, the eighth telefilm of Airtel Bhalobasha 101 will be aired on Valentineâs Day.
The telefilm will be aired on February 14 on NTV.
Bhalobasha 101, directed by acclaimed director Redoan Roni, will feature an ensemble cast of well known actors such as Mehzabein, Toya, Safa Kabir, Saju Khadem, Tushar Khan, Dilara Zaman and Mishu Sabbir. The songs of the telefim was directed by âStudio 58.â
The shooting of the telefilm had started from January 26. Shooting took place at Khulshi and Bhatiyari of Chittagong, Dhaka-Chittagong highway and different locations of Dhaka.
The story of Bhalobasha 101 revolves around a girl living in Chittagong and a boy living in Dhaka who met each other through social networking sites. As it turns out, they have never met each other in person.
To celebrate Valentineâs Day, they decide to meet each other, but planning it as a surprise.
To make it a big surprise, they also involve their best friends in it. Thus the story continues. n