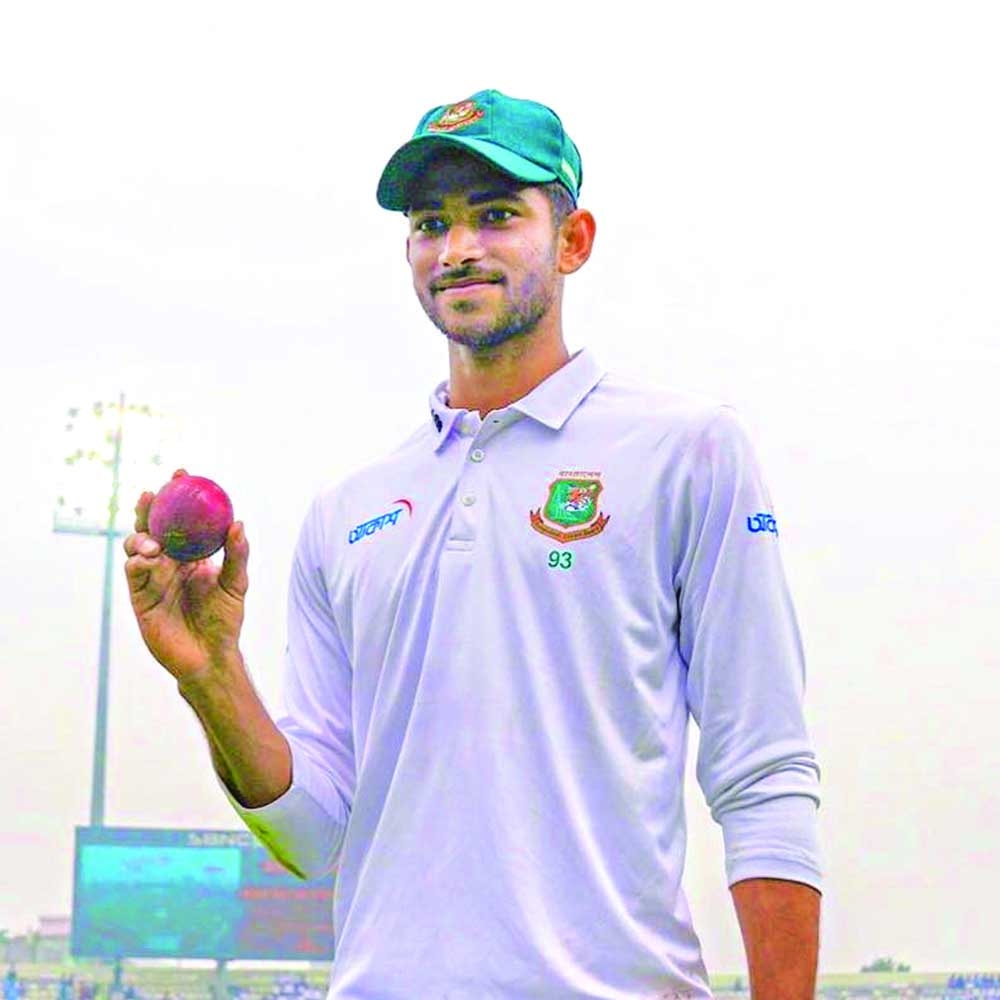 UNB, Dhaka :
A finger injury ruled Mehidy Hasan Miraz out of the first Test against Sri Lanka that will begin on May 15 in Chattogram.
To replace Mehidy, Bangladesh Cricket Board (BCB) added right-arm spinner Nayeem Hasan to the 15-man squad.
"Miraz dislocated his right little finger while trying to take a catch in a match onÂ Â  April 24. An X-ray has revealed a small avulsion fracture," Dr Debashis Chowdhury, the chief physician of BCB, said in a statement.
"A splint has been used to support and protect the injured area. Initial assessments suggest that the recovery could take at least three weeks which effectively rules him out of the first Test against Sri Lanka," he added.
Mehidy sustained the blow on his right small finger during a Bangabandhu Dhaka Premier Division Cricket League match.
Â The Sri Lanka cricket team will arrive in Bangladesh on May 8 for a two-match series. This series is a part of the 2021-2023 ICC World Test Championship.
While the first Test will be played at the Zahur Ahmed Chowdhury Stadium in Chattogram from May 15, the second Test commences at the Sher-e-Bangla National Cricket Stadium in Dhaka from May 23.
Bangladesh squad (for 1st Test):
Mominul Haque(Captain), Tamim Iqbal, Mahmudul Hasan Joy, Najmul Hossain Shanto, Mushfiqur Rahim, Shakib Al Hasan, Litton Das, Yasir Ali, Taijul Islam, Nayeem Hasan, Ebadot Hossain, Khaled Ahmed, Nurul Hasan Sohan, Rejaur Rahman Raja, Shohidul Islam, Shoriful Islam (subject to fitness).