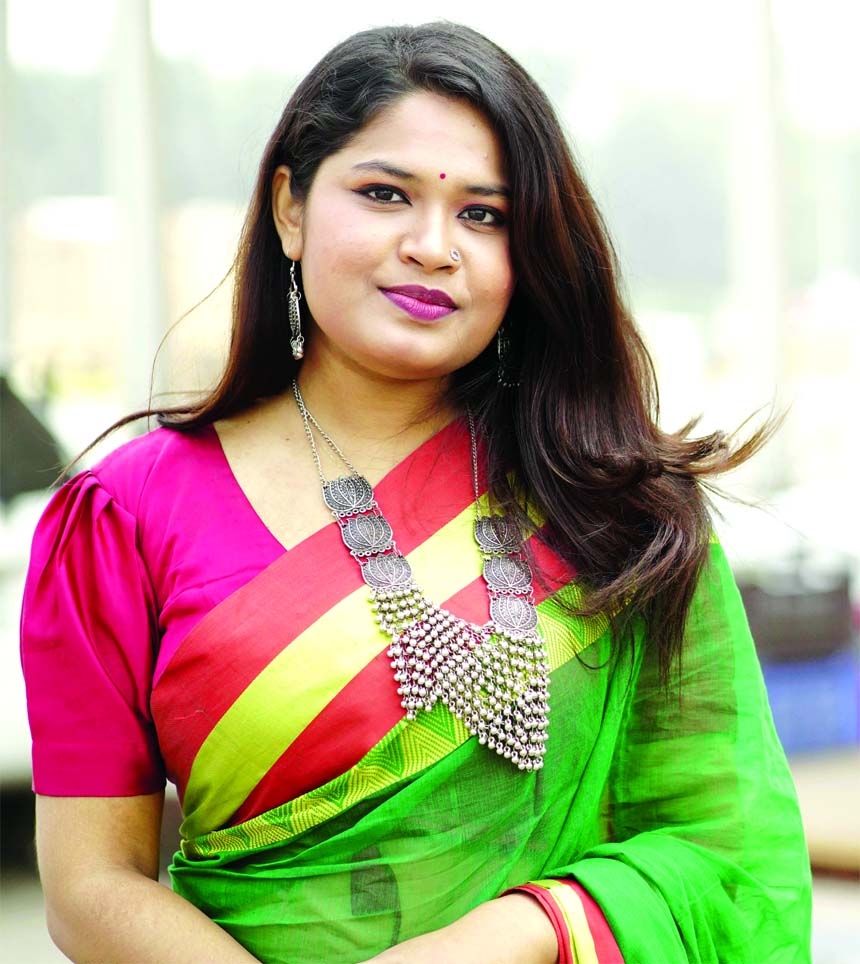 Sheikh Arif Bulbon :
Talented singer of present generation Marufa Jannat Trisha was hailed from Coxâs Bazar. She was the first
runner-up of the Best Vocal of Sherakontho 2017. Rendering legendary singer Runa Lailaâs popular songÂ  Shesh korona shurute khela in an episode of the music
reality show, Trisha won the minds of four judges Rezwana Chowdhury Bannya, Samina Chowdhury,
Mitali Mukherjee and Kumar Bishwajit. Judges and
viewers were impressed to hear this song in voice of Trisha in that competition. In another round, Trisha
rendered Kumar Bishwajitâs evergreen popular songÂ  Jekhane shimanto tomar. By rendering this song she again impressed the judges so much that she became âPerformer of the Dayâ in that round. After Trishaâs performance, judges stood up to give her inspiration and they were impressed for her outstanding rendition of the song. As a result, their confidence on Trisha had increased after that.
Kumar Bishwajit informed that he first heard this song in a female voice for the first time and Trisha perfectly rendered the song. Samina Chowdhury said if Lucky Akhond would alive he must start to research with Trisha.
Basically noted musician and music composer late Ahmed Imtiaz Bulbul first started to give importance to Trishaâs voice. Bulbul gave the opportunity to Trisha to render two songs. In song Maa, Trisha rendered this song which tune was composed by Hiron and lyrics were written by Tutul. Then Trisha also rendered another song under same composer and lyricistâs composition. Overall, number of original song of Trisha is few but she has more engagement with stage shows. Basically Trisha's voice is so sweet and melodious that after hearing any song in her voice, anybody can become impressed.Â Â Â Â Â Â  Â
According to Trisha, during childhood Samina Chowdhury was her idol in music. Samina Chowdhury also likes Trishaâs melodious voice. While talking about her planning regarding music, Trisha said, âRespected Samina Madam is my most favourite singer. I was brought up to see her during my childhood. I was encouraged by her to participate in Sherakontho, a music reality show. I have a dream with music. I want to render some good original songs, which will remain survive forever among the music-lovers.â
âI got primary lessons in music from my mother Shirin Karim. My father Dr Mizanul Karim gives me inspiration in this regard. My mother and maternal grandmother also rendered songs. I learnt music from Antora Sangeet Niketan, Arjo Sangeet Niketan, Ustad Mihir Lala and lastly from Samina Chowdhury Madam,â Trisha said.Â Â Â