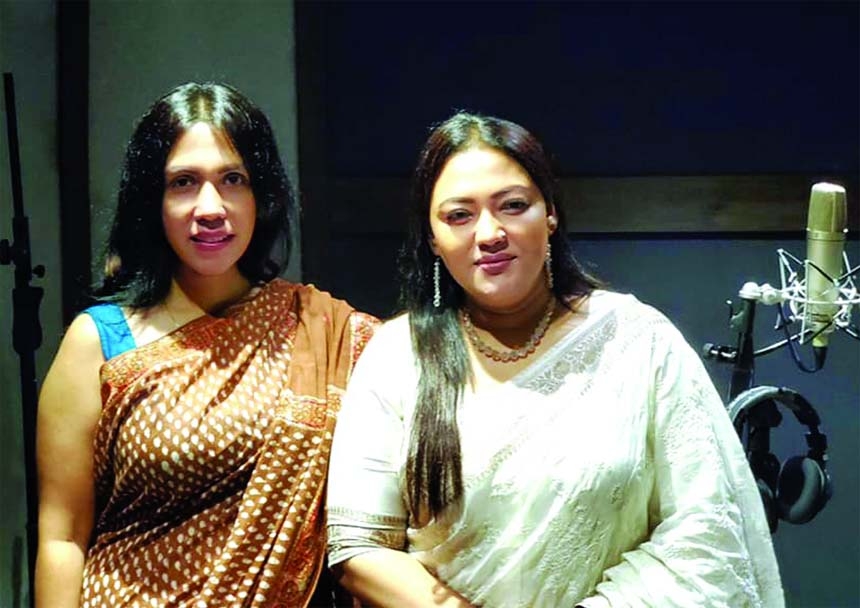 Entertainment Report :
After becoming hit of the song Raat Jaga Phool, which was used in Mir Sabbir directed government-grant movie Raat jaga phool, rendered by popular folk singer Momtaz Begum, most of the director are now trying
to render any song of their movies by the folk empress. As a part of its
continuation, Momtaz has lent her voice for a play-back song for Hridy Haque directed her government
funded movie 1971 Seisob Din. Title of the song is: Jaore ponkhi uirajaore, jaore
tumi jaore. Director Hridy Haque wrote lyrics of the song while music was composed and arranged by Kolkataâs Debojyoti Mishra.
Recently Momtaz took part in recording of the song. While talking about the song, Momtaz said, âI have liked the songâs lyrics, music composition and arrangement. Specially lyrics and tunes touched my mind. For this reason, I have liked to render the song. In fact, now there is no need to give day and night for lending voice for a playback song. I was always selective for lending my voice for playback songs. Lastly my rendered playback song for Mir Sabbirâs movie Raat Jaga Phool became hit among the viewers. I get request to render this song when I perform in any stage show now. If any song gets popularity among the viewers that is surely a positive sign for that movie. I was really impressed with Hridy Haqueâs cordialness for this playback song. I hope viewers will also like this song.â
Momtaz informed that she will go to Australia to perform in two stage shows on May 21 and 28. After returns country, she will again become busy with music and activities at her own constitutional area.
It is noted that Momtaz last lent her voice for movie Dampara. Title of the song was Nai kothao tumi nai.Â Â Â Â Â