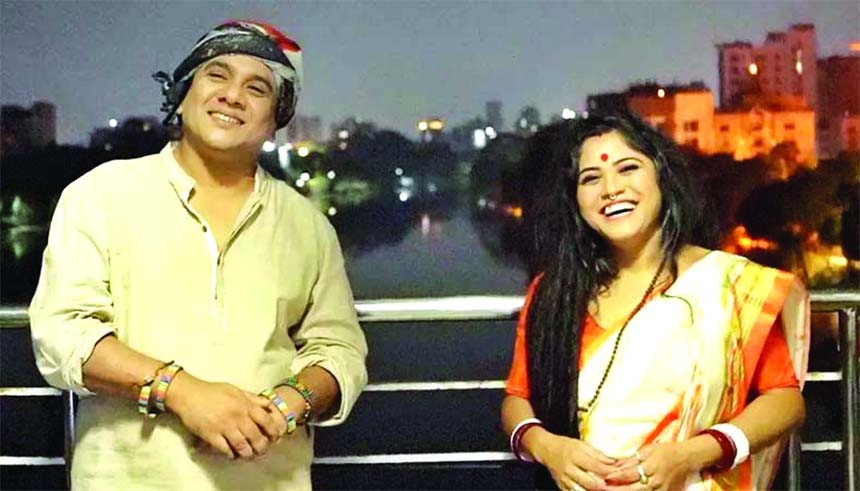 Entertainment Desk :
The music video of the song titled Chan Raate, a duet by singers Sabbir Nasir and Shampa Biswas was released on the YouTube channel
of Sabbir Nasir on May 1. The music video has already garnered positive responses from the viewers and music-lovers. Since its release, the song has received nearly two million views on Facebook,
said a press release.
While talking about the song, Sabbir Nasir said, âThe song Chan Raate evokes a nostalgic feeling about Eid. Especially in Corona, we lost so many of our loved ones.
Joy in the midst of sorrow is another form of joy. The song has captivated many listeners. Tamjid and everyone on the team did a very nice job in a very short time.â
Singer Shampa Biswas shared her feelings by this way, âThe song revolved around the Eid festival. I was in Bangladesh at the time of composing this song. We thought everyone would like the song. I have been getting a lot of responses since its release. We are also grateful to the audience for accepting the song.â Earlier, duet songs of Sabbir Nasir and Shampa Biswas titled Binodini Rai and Dhonnyo Dhonnyo Raate gained a positive response from the viewers.