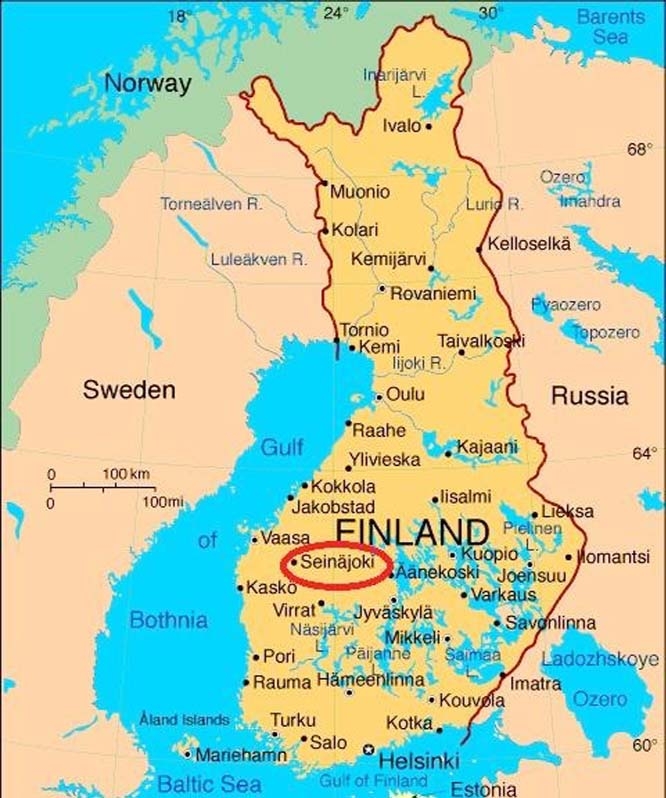 BSS :
Finland took a step Thursday towards fast-track NATO membership, triggering a blunt warning from the Kremlin, as the war in Ukraine throttled supplies of Russian gas to Europe and the number of people who fled the country passed six million.
In Geneva, the UN Human Rights Council decided to probe alleged Russian atrocities in Ukraine, in a vote overwhelmingly approved by its members but snubbed by Russia.And in graphic new evidence of potential war crimes by Moscow's forces, CNN aired footage it said showed Russian troops shooting two unarmed civilians in the back. AFP has not independently verified the footage.
Finland's leaders declared their nation must apply to join NATO "without delay"-a seismic change in policy since Russia invaded its neighbour in February."As a member of NATO, Finland would strengthen the entire defence alliance," President Sauli Niinisto and Prime Minister Sanna Marin said in a joint statement.
Kremlin spokesman Dmitry Peskov warned Russia would "definitely" see Finnish membership as a threat.The Russian foreign ministry said Moscow would be "forced to take reciprocal steps, military-technical and other, to address the resulting threats".
In launching the invasion of Ukraine, President Vladimir Putin cited in part what he called the threat from NATO, which expanded eastwards after the Cold War.Finland has been a declared neutral in East-West crises for decades, and as recently as January its leaders ruled out NATO membership.
But the February 24 invasion shocked the Nordic nation.It shares a 1,300-kilometre (800-mile) border with Russia and its past is studded with conflict with its giant neighbour. NATO has already declared it will warmly embrace Finland and Sweden, two countries with deep pockets and well-equipped armies.
Finland's entry will be "smooth and swift", NATO chief Jens Stoltenberg promised on Thursday.Germany, France and the powerful US Senate Foreign Relations Committee also strongly voiced their support, and Britain has already pledged its assistance.A special committee will announce Finland's formal decision on a membership bid on Sunday. Sweden, another neutral state, is widely expected to follow.
Russia's flow of gas to Europe meanwhile fell, spurring fears for Germany and other heavily dependent economies.Russian energy giant Gazprom announced it would stop supplying gas via the Polish part of the Yamal-Europe pipeline following retaliatory sanctions that Moscow imposed Wednesday on Western companies.
Gazprom also said gas transiting to Europe via Ukraine had dropped by a third-a fall it blamed on Ukraine's pipeline operator, which the company denies, pointing the finger at Russia.Ukraine and Poland are major supply routes for Russian gas to Europe and the two sides have kept flows going despite the conflict.
The European Union's heavy reliance on Russian energy has made it reluctant to add oil and gas imports to sanctions targeting Russia's economy.Mykhaylo Podolyak, a senior aide to Ukrainian President Volodymyr Zelensky, urged the bloc to impose an immediate embargo.
"If the leaders had acted decisively in 1938, Europe could have avoided WWII," he wrote on Twitter. "History won't forgive us if we make the same mistake again."With a global food crisis feared as Ukrainian exports tumble, host Germany said the G7 club of industrialised nations will tackle the issue for the world's poorest nations at talks beginning Thursday.
Fighting in Ukraine has been concentrated in the south and east since Russia abandoned attempts to seize Kyiv. Ukraine's presidency said shelling continued throughout Lugansk-part of the Donbas region where Ukrainian forces are fiercely opposing Russian armour and Kremlin-backed separatists.
Russian troops are trying to take complete control of Rubizhne, block a key highway between Lysychansk and Bakhmut and seize Severodonetsk, the office said.Zelensky said Thursday in his daily address to the nation that Russian forces have destroyed 570 health care facilities in the country, including 101 hospitals. "What for? It's nonsense. It's barbarity," he said. In the northeastern region of Chernigiv three people were killed and 12 others wounded early Thursday in a strike on a school in Novgorod-Siversky, the emergency services said.In the southern port city of Mariupol, besieged troops in the vast Azovstal steelworks have been holding out against weeks-long bombardment, refusing demands to surrender.
Ukrainian Deputy Prime Minister Iryna Vereshchuk said "difficult talks" were underway over the evacuation of 38 seriously wounded troops.
Russia's army said it struck Donetsk and Kharkiv on Thursday, killing more than 170 people and destroying Ukrainian drones and rockets.
In Geneva, the UN Human Rights Council voted 33-2 to investigate alleged atrocities by Russian troops.The resolution, brought by Ukraine, will focus on alleged crimes in the Kyiv, Chernigiv, Kharkiv and Sumy regions in late February and March.
"These have been 10 weeks of sheer horror to the people of my country," Deputy Foreign Minister Emine Dzhaparova told the UN meeting from Kyiv, accusing Putin's forces of "pure evil".The International Criminal Court in The Hague has already begun its own inquiry, sending investigators to the Kyiv suburb of Bucha.
The invasion has sparked an exodus of civilians, many of whom describe torture, sexual violence and indiscriminate destruction.The UN refugee agency said on Thursday the number of those who have fled Ukraine had passed six million, more than half of them going to neighbouring Poland.
Ukrainian prosecutors say they have received reports of more than 10,000 alleged crimes, with 622 suspects identified.On Wednesday, the office said it would launch the first trial for war crimes.
CNN and the BBC on Thursday released what they said was security camera footage showing two Ukrainian civilians being shot in the back by Russian soldiers near a car dealership outside of Kyiv on March 16. One man died on the spot, the other shortly thereafter.
Ukrainian authorities and witnesses interviewed by AFP also accused Russian forces of killing several civilians in March after shelling a residential home in the east Ukrainian village of Stepanki from a tank."They started going into the house to hide," said Olga Karpenko, 52, whose daughter was among those killed. The tank took aim and fired as they entered the house.
"Four people died, two were injured. My daughter died from a shrapnel wound in the back of her head," Karpenko said.