SC's observation in a verdict

Police should be more cautious to protect human rights

Staff Reporter :
The Appellate Division of the Supreme Court in the full text of a verdict has observed that the police officials should be more cautious to maintain dignity of their profession and to protect human rights of the people.
The apex court said, "The police personnels should keep in mind that the police force being specially trained as disciplined force and enjoys extra benefits and protection are maintained by the Government with tax money of the public for the purpose to serve the public as such the police personnels should be more cautious to maintain dignity of their profession as well as protect human rights of the citizens along with other rights enshrined in the constitution."
A three-member bench of the Appellate Division headed by Justice Md Nuruzzaman passed the observation in the verdict after hearing on an appeal filed by the
Â Â  Â
then two police personnel of Tejgaon Police Station including the Officer-in-Charge Abdul Gaffar in 2002 challenging a High Court verdict against them.
The apex court delivered the short verdict on April 6 in 2022, while full text of the verdict was released recently on the website of the Supreme Court.
The HC on June 25, 2001 had delivered the verdict following a writ petition filed by one Mohammad Ali challenging the legality of the action of the police personnel who harassed his (Ali) family members illegally.
In the verdict, the HC directed the police personnel to give Tk 5,000 as token compensation to the writ petitioner, according to the apex court verdict.
The Appellate Division in the full text of the verdict exonerated the police personnel from paying the compensation, but made the observation about the police's duty.
According to the SC full text verdict, one Md Ashfaq Hussain and his niece Mina Mallik came to Bangladesh from India on November 14, 1994 to attend wedding reception of petitioner's daughter in Dhaka.
Md Ashfaq Hussain stayed in the house of his brother-in-law Dr Muhammad Yunus of Grameen Bank and Mina Mallik became the house guest of the petitioner.
On November 17, 1994, Mina Mallik went out with Md Ashfaq Hussain to see around the city taking some apples with a fruit-knife in her bag.
The writ petitioner's wife and his family came to know that Ashfaq and Mina were arrested when the police personnel along with some constables forcibly entered the house of the petitioner and searched without any warrant at 10pm on November 17, 1994 but found nothing incriminating in the house.
Still the police force entered and searched the house of the petitioner on November 18, 19 and 20 in 2004 at odd hours after midnight and on November 19 in 2004 the police took away the bag of Mina without giving any receipt or preparing any seizure list but left her suitcase under lock and key and also harassed them at different times, according to the full text verdict.
Both the police officials filed application with the apex court admitting that being junior police officer they could not deal with the matter in appropriate manner and tendered unconditional apology. Hearing their petition the apex court disposed of the matter with some observation. 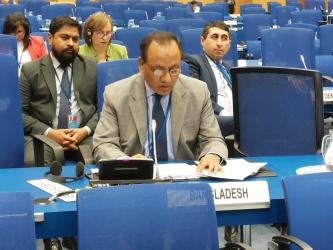 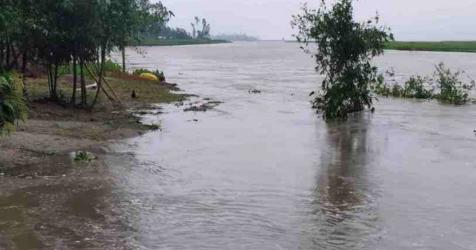