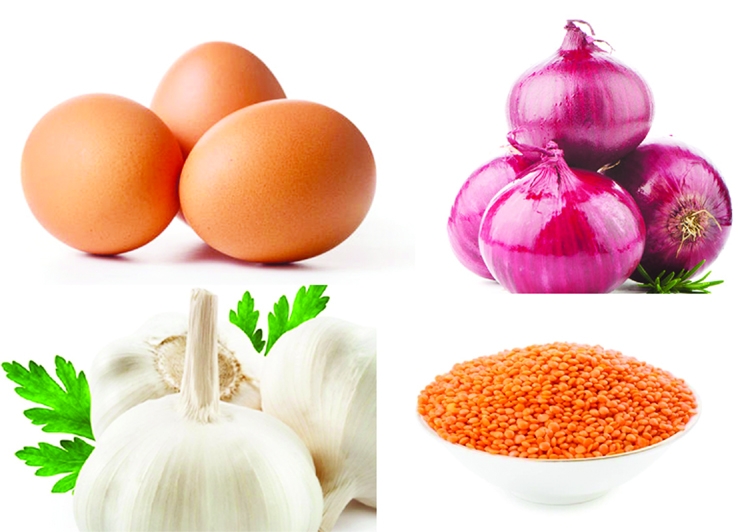 Reza Mahmud :
The kitchen market is no relief to the consumers as yet, since theÂ  prices of the vegetables show no downward trend.Â  Onion, garlic, fish, egg and lentil prices were sold at high prices in the markets in the capital city yesterday.
The price of local variety of onion increased by Tk 15 per kg and were sold at Tk 50 to Tk 60 in city markets on Friday.Â  But hybrid variety of the item was being sold at Tk 40 to Tk 45 a kg instead of Tk 30 to Tk 35 per kg.
Retailers said that onion price increased as India has suspended export to Bangladesh. Meanwhile, the price of garlic also was hiked selling at Tk80-90 per kg instead of Tk 50 to 60. The imported garlic was being sold at Tk 140 per kg.
Ahmed Hossain, a trader at Jurain kitchen market in the capital said the price of garlic rose suddenly by nearly double.
"I have bought per kg local garlic at Tk 45 on Wednesday from nearby Shambazar wholesale market. But today, (Friday) I have bought per kg garlic at Tk 82. I am also astonished atÂ  it," Ahmed Hossain said.
He said also that the price of onion has gone up by Tk 15 in a week.Â  The other traders of the market also echoed the similar. "We buy at a higher prices, so we also sell at higher prices," they said.
The traders said that there was a sign of relief when the government allowed to import onion from India. But, onion import from India was suddenly suspended. It has been behind the further price hiking of onion.
Meanwhile the fish prices also created suffering to the consumers.Â  One kg of locally cultivated Ruhit fish is usually sold at Tk 250-260.
The same fish was sold at Tk 290 to 300 per kg at Jurain, Karwan Bazar and other markets on Friday.
Apart from Ruhit, prices of katla, shrimp, shing and magur also hiked in the markets.Egg prices also created anxiety among the people as the sources of nutrition is gradually going out of their grips.
A dozen of eggs was being sold at Tk 120 at , Shambazar, Jurain and Karwan Bazar on Friday which was sold at Tk 100 at the same market last week.
The price of lentil also increased by Tk 10 per kg within a week and is being sold at Tk 130 per kg in city markets.
Â Moog is being sold at Tk 130 per kg, Mashkolai Tk 140 per kg, and Khesari Tk 80 per kg.
People from lower and middle income group expressed their anxiety to the journalists visiting different markets saying they have fell in hardship due to increasing trend of almost all types of essential items.
"Prices of fish, egg even lentils have gone up. If the prices of all the essential products go up day and night, it is nearly impossible to be survived," said Asaduzzaman, a private job holder at Motijheel told The New Nation.