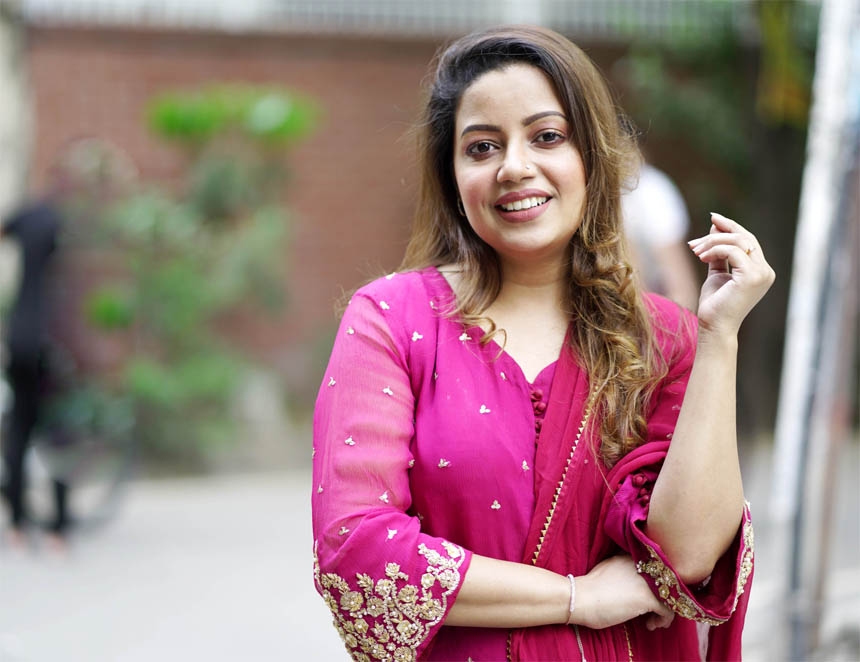 Sheikh Arif Bulbon :
Popular singer Dilshad Nahar Kona
is now one of the reliable singers in the countryâs playback songs. In
earlier movies, producers and
directors mostly relied on Runa Laila and Sabina Yasmin for their playback songs. Then they relied on Kanakchapa in this regard. As a part of its continuation, there is also demand of Nancyâs melodious voice for playback songs. Now Kona has already established her position in the field of playback songs. Kona for
the first time got the National Film Award for rendering the song titled Tui ki amar hobire, which was used
in Chayanika Chowdhury directed movie Bishwasundori. Kabir Bakul wrote lyrics of the song while singer Imran Mahmudul composed
its music. According to Kona, she
has no stage show right now. She is engaged with lending her voice for playback songs one after another.
She has already lent her voice for movies of Rukaiya Jahan Chomok and movie Joljoshna. She will also
render playback songs for Zahid Hossainâs movie Subornobhumi and Raihan Rafiâs movie Damal.
Therefore, she has also engagement with voice over.
Kona is also busy with lending her voice for jingles for TVCs. Kona said after Eid, when she manages time along with her parents the sing goes to Dowai House at Sreepur in Gazipur. It is her village home. The singer likes to pass environment friendly atmosphere at her village home. Kona said, âWhen I have no engagement with stage show I remain busy with playback songs. Therefore, I have to also busy with giving voice over and lending voice for TVCsâ jingles. I have already rendered some playback songs for various movies. Soon I have to lend my voice for playback songs for other movies. In the meantime, I got a break for some days. Now I am staying at Dowai House with my parents. We are
passing times here silently.â
It is mentioned that Kona got the âTele-Cineâ (International Award)
at Nazrul Moncho in Kolkata
as the Best Singer in 2017.Â Â Â Â Â Â Â Â