He had passports of Bangladesh, India and Grenada 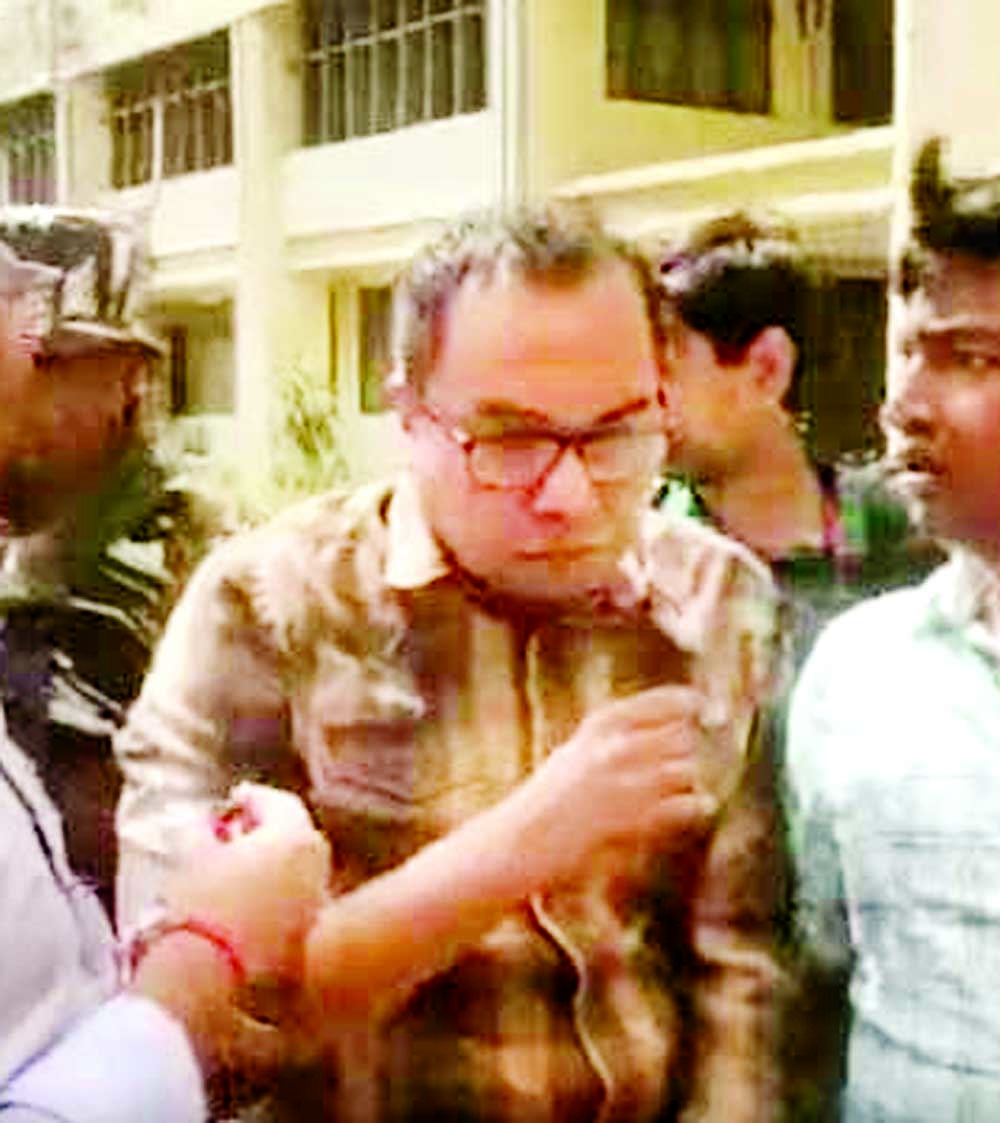 Staff Reporter :
The wanted scammer Prashanta Kumar Halder, now arrested in India, was placed on a three-day remand by an Indian court in West Bengal on Sunday.
Different media outlets sources said, a remand petition was filed against Halder with a court in North 24 Parganas on Saturday and it was granted.
Â Prashanta Kumar Halder, popularly known as PK Halder, along with five of his accomplices, including his wife, brother and his lawyer, was arrested by the law enforcement agency in India on Saturday.
The court put remand on his four accomplices for three days, while his wife was handed over to the custody of Enforcement Directorate (ED), an investigative agency of the Indian finance ministry.
PK Halder, who was the former Managing Director of NRB Global Bank and Reliance Finance Limited, was hiding in a house in Ashok Nagar in the North 24 Pargana district, ED claimed.
He along with his accomplices was arrested after conducting different drives at least ten places for two days.
Meanwhile, sustained interrogation of Proshanta Kumar Halder alias PK Harder by India's Directorate of Enforcement has revealed that he possessed passports of Bangladesh, India and Grenada and that he allegedly siphoned off the money to various countries.
"Besides Bangladeshi and Indian passports, he (PK Halder) was also found in possession of a Grenada Passport. It has also been learnt that the Interpol has issued Red Corner Notice (RCN) against Proshanta Kumar Halder," the Directorate of Enforcement said yesterday in a statement.
According to the statement, "It has been further revealed that the subject case is an offence of cross-border implication under the Prevention of Money Laundering Act, 2002, as Proshanta Kumar Halder has been found to be accused in approximately 10,000 crore Bangladeshi Taka bank fraud in Bangladesh and alleged to have siphoned off money outside Bangladesh to various countries."
The Directorate of Enforcement began the interrogation of Halder a day after his arrest in Ashok Nagar in North 24 Parganas district of West Bengal.
It carried out search operations at 11 premises linked to Bangladesh nationals namely Proshanta Kumar Halder, Pritish Kumar Halder and their associates across the state of West Bengal.
Proshanta Kumar has been nabbed along with his five other associates during these searches, the ED said adding PK Halder was found in the disguised identity of Indian citizen as Shibshankar Halder, the ED said in its first confirmation of the arrests.
Meanwhile, Home Minister Asaduzzaman Khan Kamal said, Bangladesh government has no official information about the arrest of the wanted person PK Halder who embezzled thousands of crores of Taka.
The minister, however, said that he would be brought back after getting formal information from the Indian side and then legal action would be taken against him. Â
"PK Halder is a wanted person in Bangladesh. The government issued arrest warrant against him through Interpol. We still did not get any official information about him from India. We will take legal steps after bringing him back," he said.
Home minister said this in reply to a query of the journalists after a seminar on "Sheikh Hasina's Homecoming: Reconstruction of History" organised by the Bangladesh Progressive Columnist Forum at the Jatiya Press Club on Sunday.